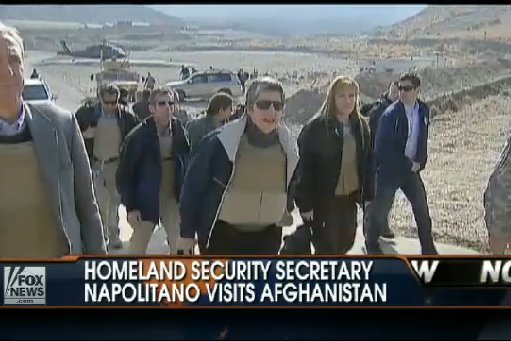 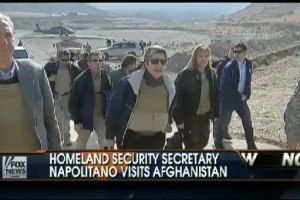 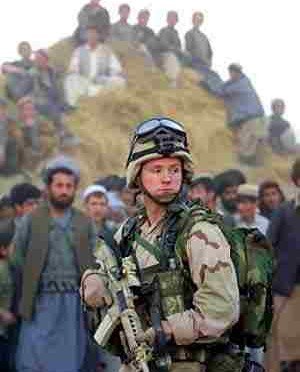 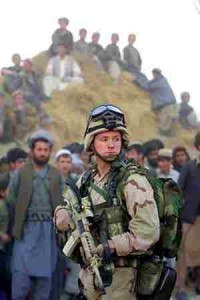 Can anyone handle the truth?

When Matthew Hoh joined the Foreign Service early this year, he was exactly the kind of smart civil-military hybrid the administration was looking for to help expand its development efforts in Afghanistan.

A former Marine Corps captain with combat experience in Iraq, Hoh had also served in uniform at the Pentagon, and as a civilian in Iraq and at the State Department. By July, he was the senior U.S. civilian in Zabul province, a Taliban hotbed.

But last month, in a move that has sent ripples all the way to the White House, Hoh, 36, became the first U.S. official known to resign in protest over the Afghan war, which he had come to believe simply fueled the insurgency.

Rather than being satisfied with the selective snippets of Hoh’s resignation letter provided in media accounts, I recommend you read the whole thing. Here are the portions I found most interesting.

I have doubts and reservations about our current strategy and planned future strategy, but my resignation is based not upon how we are pursuing this war, but why and to what end. To put it simply: I fail to see the value or the worth in continued U.S. casualties or expenditures of resources in support of the Afghan government in what is, truly, a 35-year old civil war.

The value of the GWOT is to keep the world safe for plutocracy.

If the history of Afghanistan is one great stage play, the United States is no more than a supporting actor, among several previously, in a tragedy that not only pits tribes, valleys, clans, villages and families against one another, but, from at least the end of King Zahir Shah’s reign, has violently and savagely pitted the urban, secular, educated and modern of Afghanistan against the rural, religious, illiterate and traditional. It is this latter group that composes and supports the Pashtun insurgency. The Pashtun insurgency, which is composed of multiple, seemingly infinite, local groups, is fed by what is perceived by the Pashtun people as a continued and sustained assault, going back centuries, on Pashtun land, culture, traditions and religion by internal and external enemies.

Another way of seeing it is that Afghanistan is no more than a supporting actor in our so-called “culture war”.

The U.S. and NATO presence and operations in Pashtun valleys and villages, as well as Afghan army and police units that are led and composed of non-Pashtun soldiers and police, provide an occupation force against which the insurgency fights not for the white banner of the Taliban, but rather against the presence of foreign soldiers and taxes imposed by an unrepresentative government in Kabul.

Psy-ops could try calling the Pashtuns “haters” and “racists”. It would take decades of repetition and indoctrination, and its probably essential to have some verbally-skilled Pashtun-looking “anti-racists” to supply the poison, but it really does work in the long run. In a generation or two Pashtuns themselves will be clamoring to import diversity into the most hideously Pashtun areas, just like Whites do.

I find specious the reasons we ask for bloodshed and sacrifice from our young men and women in Afghanistan. If honest, our stated strategy of securing Afghanistan to prevent al-Qaeda resurgence or regrouping would require us to additionally invade and occupy western Pakistan, Somalia, Sudan, Yemen, etc. Our presence in Afghanistan has only increased destabilization and insurgency in Pakistan where we rightly fear a toppled or weakened Pakistani government may lose control of its nuclear weapons. However, again, to follow the logic of our stated goals we should garrison Pakistan, not Afghanistan.

The stated reasons, to spread freedom and democracy, are specious. The stated strategy, to have our infidel military win over alien muslim hearts and minds, is absurd.

What’s really going on is the US’s judaized, urban, secular, educated ruling class is at war with its White rural, religious, illiterate (or at least misinformed), traditional class. In this war, the plutocrats kill two birds with one stone by sending a disproportionately White military to stir up trouble and die trying to repress Afghan peasants who quite understandably resent their presence.

All that’s being spread is misery, not freedom or democracy. Here at home the freedoms we Whites require for survival (association, arms, speech) are under constant assault. In the age of mass media, broadcast to a dumbed down, cowed, misinformed electorate our vaunted democracy is only a fig leaf for plutocracy. Our politicians answer to wealthy cosmopolitans, not the citizenry they’re supposedly sworn to serve.

More so, the September 11th attacks, as well as the Madrid and London bombings, were primarily planned and organized in Western Europe; a point that highlights the threat is not one tied to traditional geographic or political boundaries. Finally, if our concern is for a failed state crippled by corruption and poverty and under assault from criminal and drug lords, then if we bear our military and financial contributions to Afghanistan, we must reevaluate and increase our commitment to and involvement in Mexico.

The threat to us comes mainly from the plutocrats and their globalism, and no, they are not tied to traditional geographic or political boundaries. They compel our politicians to allow millions of hostile aliens to flood over our borders even as they send our guardians overseas, ostensibly to guarantee peace and safety for other aliens.

Overseas the plutocrats know their enemies, our military men, will be maimed and killed with bullets and bombs. Here at home they employ more insidious legalistic weapons, like “hate” laws and anti-White “civil rights”. Coupled with biological weapons, like immigration and refugee resettlement, the damage is more devastating, and lasting. When the U.S. military finally withdraws the Pashtun will still be Pashtun. Whites face extinction.

Alongside the genocide an epic swindle is perpetrated.

“We are spending ourselves into oblivion” a very talented and intelligent commander, one of America’s best, briefs every visitor, staff delegation and senior officer. We are mortgaging our Nation’s economy on a war, which, even with increased commitment, will remain a draw for years to come. Success and victory, whatever they may be, will be realized not in years, after billions more spent, but in decades and generations. The United States does not enjoy a national treasury for such success and victory.

Of course “we” aren’t spending ourselves into oblivion. The plutocrats have had their political lackeys hand them monumental sums and stick taxpayers with the bill. The trillions spent on endless global war also end up in their pockets. What’s happening is they’re spending us into oblivion.