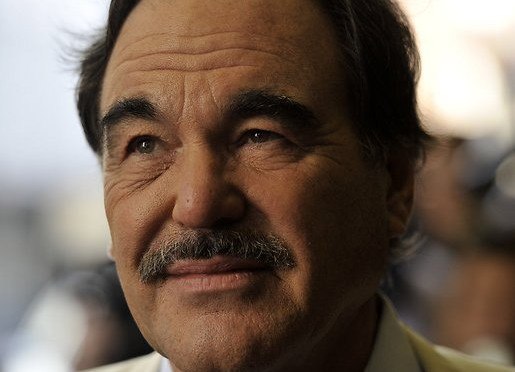 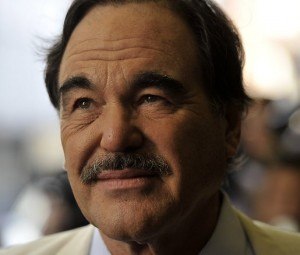 In an interview with The Times to promote his documentary “South of the Border,” which is about South American politics, Mr. Stone defended Hitler. “Hitler was a Frankenstein, but there was also a Dr. Frankenstein,” he said. “German industrialists, the Americans and the British. He had a lot of support. Hitler did far more damage to the Russians than the Jewish people.”

Mr. Stone then proceeded to discuss what he called “the Jewish domination of the media,” adding with an expletive that Israel had messed up “United States foreign policy for years.” Bloggers quickly picked up on the comments, and the American Jewish Committee issued a news release condemning him. “By invoking this grotesque, toxic stereotype, Oliver Stone has outed himself as an anti-Semite,” the committee’s executive director, David Harris, said in the release.

In January the director told a gathering of television critics that “Hitler is an easy scapegoat” while discussing his Showtime nonfiction mini-series, “Secret History of America.” At that time the Simon Wiesenthal Center harshly rebuked him for the remarks.

On Monday afternoon, Mr. Stone released this statement:
“In trying to make a broader historical point about the range of atrocities the Germans committed against many people, I made a clumsy association about the Holocaust, for which I am sorry and I regret. Jews obviously do not control media or any other industry.”

Turns out Stone is as easy to scapegoat as Hitler. The poor guy was just trying to say that the Germans (and Americans and British) are worse than Hitler. No big deal. Now that he’s apologized for implying that jewish influence was hindering that work he can get back to it. 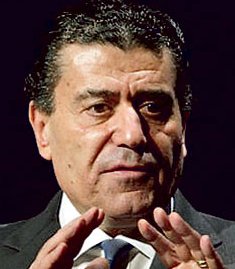 The Israeli-American billionaire is reportedly campaigning among Hollywood’s higher-ups to have Stone—and his upcoming 10-part series, “A Secret History of America,” blacklisted. According to TheWrap.com, Saban called CBS chief Les Moonves to urge him to cancel the Showtime series, becoming the first industry figurehead to criticize the director’s controversial remarks from earlier this week.

“This guy should be helped in joining Mel Gibson into the land of retirement, where he can preach his anti-Americanism and anti-Semitism in the wilderness where he belongs,” Saban told TheWrap.

Saban, who is a huge supporter of Israel and a major donor to the Democratic party, told The Wrap.com by email that he had also called William Morris Endeavor chairman Ari Emanuel to help pressure CBS.

That Saban is launching a crusade against Stone isn’t surprising: In a New Yorker profile of Saban published last May, Saban said, “I’m a one-issue guy, and my issue is Israel.”

Whoops. Turns out the “conservative” side of the “grotesque, toxic stereotype” won’t forgive so easily. I see a film hugely supporting Israel in Stone’s movie-making future – if he has one. 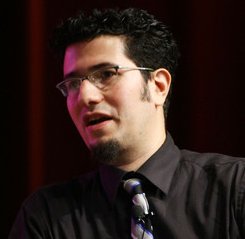 On 9 July 2010, Steven Zeitchik writes Mel Gibson’s mainstream Hollywood career is over — for real, this time:

…as sad as it is that someone with all this experience could walk the world in his own bubble of hate, it’s perhaps sadder that it took so many of us this long to realize what should have been clear all along.

On 12 July 2010, he writes Latest Roman Polanski chapter puts the saga back where it started:

Those who are fans of his films — regardless of their opinions of his character — might be heartened to know he could soon be working again.

Jewish morals on display. A mouthy White gets blackballed. An absconding child-raping jew gets well wishes.

On 12 July 2010, Patrick Goldstein writes Has Mel Gibson become a pariah in Hollywood? Or just for the time being?:

There are plenty of tough jobs in the movie business, but right now it’s hard to find any applicants for the job of defending Mel Gibson.

When it comes to Polanski, history will be the only judge.

Once the extent of Gibson’s racist tirade became clear, it was pretty obvious that there was no way WME could possibly keep Washington if it made any effort to keep Gibson as well. So Gibson was a goner. And as I’ve discovered from talking to the heads of other agencies in town, not to mention the heads of several studios, Gibson is a true Hollywood pariah right now. Every talent agency has a cadre of important African American clients who would be outraged–and rightfully so–if their agency made a play for Gibson as a client.

Since none of the high-level agency executives would speak on the record, I’ll paraphrase their explication of their thought process: Based on what’s happened, you have to assume that Mel is a total jerk, so why would you want to be in business with him, since it’s not only bad for your soul–and probably makes you look sleazy–but if he’s a total jerk to his ex-girlfriend and people around him, then why wouldn’t he be that way to you too? You have to figure that working with him would be both financially and emotionally unrewarding. If it were just one or the other, maybe you could do it, but if it’s both, you just say–Yuck!

In other words, to use a favorite Hollywood maxim: Life is too short.

These heads of agencies, heads of studios, and the media pundits (like Zeitchik and Goldstein) making a stink about Gibson aren’t black. They’re jewish. So in other words, what Goldstein is describing is an essentially jewish boycott of Gibson that they’d like everyone to instead attribute to blacks.

Regarding Polanski, Goldstein regurgitates much of the same apologia he and other jews spun when when Polanski was first arrested. Rather than being a sleazy jerk you wouldn’t want to do business with, Polanski is instead a victim of Glenn Beck and Puritanism, and all the hubbub is a but a clash between European and American values. As with Gibson, the jewish angle is obfuscated, attention is redirected elsewhere.

On 12 July 2010, Steven Zeitchik also writes The Hollywood wagons circle Mel Gibson to complain that rank-and-file Hollywood non-jews haven’t yet joined the pariah parade jews are organizing against Gibson. Zeitchik notes Whoopie Goldberg has actually defended Gibson, and that Danny Glover has so far refused to comment. If more Hollywood blacks don’t start stomping their feet soon jews will be left to take credit for blackballing Gibson themselves. Goldstein intimates that most of the Hollywood jews are afraid to do this because they’re greedy and might want to make money with Gibson some day. More likely they just want someone, anyone else to take the blame. If blacks won’t serve then we can expect to see the “sexism” angle amplified in a bid to recruit women to the pariah parade. That, of course, will only heighten the contrast with Polanski and the pass he has gotten from jewish “feminists”.