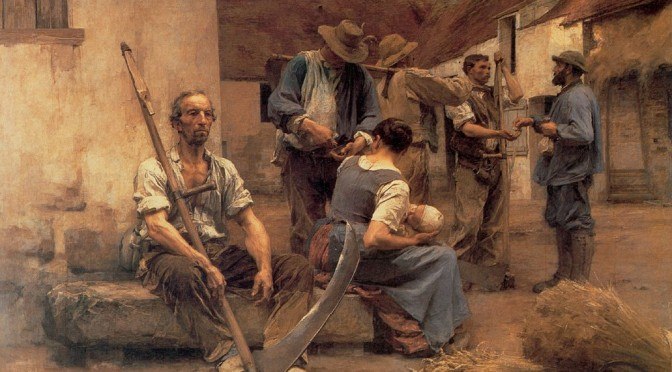 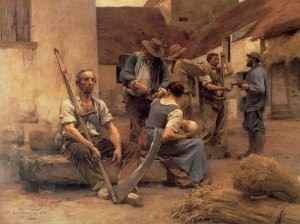 Kevin MacDonald is a White advocate who has been condemned for expressing politically incorrect thoughts:

I am morally certain that Jewish involvement in the radical left in the early to middle part of the last century was a necessary (but not sufficient) condition for many of the horrific events in the Soviet Union and elsewhere. (About this, of course, one can disagree. I am simply saying that I find the evidence compelling.) But the main point is that I came to see Jewish groups as competitors with the European majority of the U.S., as powerful facilitators of the enormous changes that have been unleashed in this country, particularly via the successful advocacy of massive non-European immigration into the U.S. I found that I was being transformed in this process from a semi-conservative academic who had little or no identification with his own people into an ethnically conscious person — exactly as predicted by the theory of social identity processes that forms the basis of my theory of anti-Semitism (see MacDonald 1998a). In fact, if one wants to date when I dared cross the line into what some see as proof that I am an ‘anti-Semite,’ the best guess would probably be when I started reading on the involvement of all the powerful Jewish organizations in advocating massive non-European immigration. My awareness began with my reading a short section in a standard history of American Jews well after the first book was published. The other influences that I attributed to Jewish activities were either benign (psychoanalysis?) or reversible — even radical leftism, so they didn’t much bother me. I could perhaps even ignore the towering hypocrisy of Jewish ethnocentrism coinciding as it does with Jewish activism against the ethnocentrism of non-Jewish Europeans. But the long-term effects of immigration will be essentially irreversible barring some enormous cataclysm.

The immigration invasion clearly enriches and delights a small number of people even as it produces disastrous consequences for most natives and our progeny.

For a long while it puzzled me why the ruling class would tax, prosecute, and demonize citizens while they simultaneously excuse, forgive, and sanctify immigrants. Why do they not sympathize with their own people?

Polite society has no answers. If you ask the only answer you get is, “shut up racist”. Why? Because it is all about race.

The rulers consider themselves distinct and superior. They are outsiders and natives blinded by greed who have thrown in with the outsiders – adopting their rootless cosmopolitan values, fraudulent tactics, and totalitarian goals.

As their power has increased they have grown ever more explicitly and viciously anti-White. Nowadays they openly mock “flyover country” and the “rednecks” who inhabit it. They no longer feel constrained by the votes, laws, traditions, or heros of the “xenophobic” “hill-billies”. They’re importing new citizens. For the deracinated native collaborators it’s just business. The labor is cheap, the profit great. For the true outsiders it’s more than business. It’s also hypocritical hyper-racist payback for what they see as millenia of unrelenting and undeserved persecution at the hands of an ungrateful European “host”. The non-white hordes will end that most horrible jewish nightmare, White nationalism, and present a final solution to the White cancer – by destroying the White race.

Is it clear now why the shysters at the SPLC hound MacDonald but have precious little to say about Sontag or Ignatiev? They are anti-White. With every victory in the culture war the scapegoating and dehumanization of powerless Whites as “neo-Nazis” and “White supremacists” becomes ever more absurd. Does Kevin MacDonald or any of the other people that anti-anti-semites demonize wield anywhere near the social, economic, or political power they do?

Since when has a pro-White leader had any influence on public policy?

It was before our military became the world’s police. Before forced integration. Before our women and college kids freaked out. Before our borders were erased. Before our government sold its citizens to Wall Street, who sold them to the Arabs and Chinese. Before it became a requirement for US politicians to don a yarmulke and pray at the Wailing Wall. Before scatology became prime time humor and perversion became the norm. Before pro-White speech became hate speech, and pro-White thoughts became thought crimes.

Everything went to hell when the parasitical, traitorous usurpers took over. They profit from and celebrate the disowning, disenfranchisement, and displacement of my people. For the moment they still fear having to answer for it. This is why anything but celebration is very strictly discouraged.

Our rulers do not believe in civil rights or free speech. That is but cud for their cattle. In their minds they are our superiors and we have no right to indict them. I think otherwise. I support men like Kevin MacDonald who dig up evidence and supply the indictment.