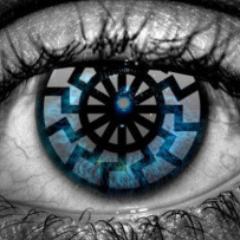 I last spoke with Kyle Hunt in late 2013. I’ll be joining him again live on the Solar Storm at Renegade Broadcasting tomorrow (Sunday, May 24th) at 9PM ET.

The Culture of Critique in France: A review of Anne Kling’s books on Jewish influence in France, Part 1

Obama Stresses Support for Israel, but Refuses to ‘Paper Over’ Discord

Understanding Kostenki 14 (Markina Gora) concerns the murky topic of European racial roots. My best understanding is in a comment:

So to summarize, the two most recent ancestral populations of modern Europeans (=WHG+EEF+ANE) are: Old Europeans (=WHG+EEF, with EEF increasing southward), who were invaded by Aryans (=WHG+ANE, in a 3-1 ratio) about 5Kya. Kostenki 14 (=WHG+EEF+ANE) is dated to 37Kya, thus his apparently “modern” composition is difficult to explain. There are the anomaly/error possibilities Cochran suggests, or Lazaridis is wrong.

Cochran may not say it, but I will. Contemporary scientists very deliberately avoid connecting their work to anything that might validate the pre-DNA, pre-WWII race science understanding of Aryans. BECAUSE JEWS. If the scientists were finding genetic evidence that invalidated this prior understanding of Aryans they would say so, and the jewsmedia would crow about it. This political distortion compounds whatever confusion there is in deciphering and interpreting the evidence.