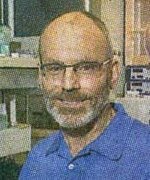 It honors the memory of a jewish mega-donor’s grandparents.

This is an old story that isn’t as widely known as it deserves to be. Brenda Walker touched on it recently in The Van Jones Fiasco—How Low Can Lefty Greens Go?

The Man Behind The Land:

He has given more money to conservation causes in California than anyone else. His gifts have helped protect 1,179 square miles of mountain and desert landscapes, an area the size of Yosemite National Park.

His donations to wilderness education programs have made it possible for 437,000 inner-city schoolchildren to visit the mountains, the desert or the beach often for the first time.

Over a decade of steadily growing contributions including more than $100 million to the Sierra Club this mathematician turned financial angel has taken great pains to remain anonymous.

I used to live in California. It was nice, until it started turning into Mexico.

“I did tell [Sierra Club Executive Director] Carl Pope in 1994 or 1995 that if they ever came out anti-immigration, they would never get a dollar from me.”

Gelbaum said he was a substantial donor at the time but not yet the club’s largest benefactor. Immigration arose as an issue in 1994 because Proposition 187, which threatened to deny public education and health care to illegal immigrants, was on the state’s ballot.

He said he was so upset by the idea of “pulling kids out of school” that he donated more than $180,000 to the campaign to oppose Proposition 187. After the measure passed, he said, he donated hundreds of thousands of dollars to civil rights lawyers who ultimately got the measure struck down in court.

Gelbaum, who reads the Spanish-language newspaper La Opinión and is married to a Mexican American, said his views on immigration were shaped long ago by his grandfather, Abraham, a watchmaker who had come to America to escape persecution of Jews in Ukraine before World War I.

“I asked, ‘Abe, what do you think about all of these Mexicans coming here?’ ” Gelbaum said. “Abe didn’t speak English that well. He said, ‘I came here. How can I tell them not to come?’

“I cannot support an organization that is anti-immigration. It would dishonor the memory of my grandparents.”

My entire extended family and most everyone I knew voted for Prop 187. It was one of the few times in my life that the government showed any interest in the citizenry’s opinion about immigration. I didn’t realize until more than 10 years later that our democracy is actually a cryptic form of plutocracy, and the plutocrats want genocidal levels of immigration.

Prop 187 passed and the voters went about their business, thinking the matter resolved. Then a judge killed it, though most of us didn’t hear about that, because the media supports genocidal immigration too.

Paul Craig Roberts wrote about it in Throw out-of-control Judge Pfaelzer off the bench, Apr 24, 1998:

Judges are so out of control today that a single federal judge thinks nothing about casting aside popular referendums passed by the votes of millions of citizens and imposing outcomes that are the opposite of what was voted.

The latest example is U.S. district judge Mariana Pfaelzer, who declared on March 13 that California citizens must tax themselves to meet the needs of illegal aliens. Pfaelzer, it seems, is under the influence of University of Chicago professor Martha Nussbaum, who teaches that the concept of national citizenship is too exclusive and “morally dangerous.” Justice and equality, she claims, require “allegiance to the worldwide community of human beings.”

Californians think not, but who are they to matter? Pfaelzer has thrown out California’s Proposition 187, which restricted illegal aliens from living off taxpayers.

Fast forward a decade or so and California has been bankrupted by immigration, its White population deliberately displaced and dispossessed by “diversity”. So what’s on the Sierra Club’s agenda now?

“We are proud that Sierra Club has successful diversity programs already established,” said the Sierra Club President Allison Chin. “Now, with the leadership of a diversity council and my election as our first Asian-American president, the Sierra Club is committed to becoming an even more welcoming and inclusive organization.”

Judging by their reaction, White members did not feel either welcomed or included. Unfortunately for them, the Sierra Club has more than 100 million reasons not to care.

Two reactions where the sense of betrayal comes through crystal clear:

Immigrants typically come to the US with 3rd world birthrates and 1st world appetites — the WORST POSSIBLE COMBINATION from an ecological standpoint.

I’m white and I got a vasectomy and had no kids, because long ago I realized the Earth didn’t need more humans. This was a good-faith decision on my part.

How do open borders advocates respond when I tell them that? Almost inevitably I am mocked, often times with semi-literate obscenities and mindless machismo bluster. It doesn’t make me feel like grovelling for their approval, I’ll tell you that.

Yes, I remember during the 60s/70s, there was that jerk, Paul Ehrlich who talked about having “0 Population growth.” Our generation even had propaganda movies like: Soylent Green, Roller Ball, Logan’s Run and a couple of Star Trek episodes to drive the point home.

Since I was a kid at the time being indoctrinated with this BS, I didn’t realize that Kennedy passed the 1965 Immigration Bill NOR did I know about La Raza, MEChA and other groups that were teaching about AZTLAN/ANAHUAC and they planned to outbreed us to reclaim lost Mexican Territory the AZTLAN plan or in the ANAHUAC case to reclaim the entire Americas and boot everyone else out.

Now, our grand reward for watching our birth rates for Mother Earth because of Ehrlich’s (Population Bomb) is to be made fun of for “not making babies.”

And the Sierra Club, the Rockefellers (Club of Rome)and other bogus “green” groups continue to look completely the other way when we’re being flooded with immigration (both legal and illegal) to drive down wages, displace our own legal citizens’ jobs and Balkanize our nation.

By the way, immigrants (legal and illegal) also use water and other resources. We can cut back and conserve but that will be entirely negated with continued uncontrolled growth.

What’s happening to California, with the rest of the US not far behind, is not an accident. It’s the result of a deliberate drive to “diversify” White Americans into minority status. Then non-existence. It’s genocide.

10 thoughts on “Why The Sierra Club Favors Genocidal Immigration”