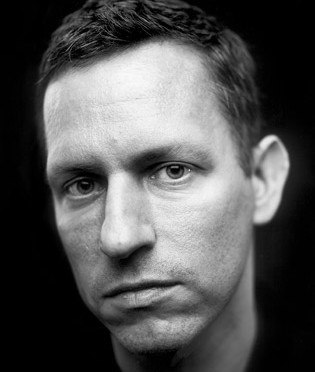 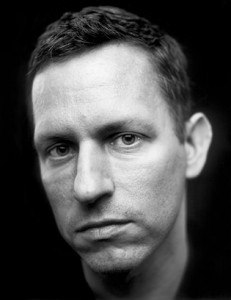 I ran into an interesting statement in the February issue of Wired that neatly captures the essence of the plutocracy’s current dilemma. The statement came from Peter Thiel – “billionaire”, “staunch libertarian”, and “VC philanthropist” – in Utopian Pessimist Calls on Radical Tech to Save Economy:

Wired: What happens if we don’t get the growth everyone expects?

Thiel: If it doesn’t happen, people will go bankrupt in retirement. There are systemic consequences, too. If we don’t have enough growth, we will see a powerful shift away from capitalism. There are good things and bad things about capitalism, but inequality becomes completely intolerable to society when everything’s static.

“The economy”, such as it is today, is essentially a pyramid scheme. Its “health” hinges entirely on growth. More people, more consumption, more loans, more interest, and more profits, especially for those on top. The plutocrats fear that if the growth ever stops, or even pauses for any length of time, the jig is up.

Is Thiel, like so many other “philanthropist” plutocrats, jewish?

He’s hated for supporting NumbersUSA and has written a book criticizing multiculturalism, two things rather untypical of jews.

But Thiel is more than just a clever and avaricious capitalist. He is a futurist philosopher and neocon activist. A philosophy graduate from Stanford, in 1998 he co-wrote a book called The Diversity Myth, which is a detailed attack on liberalism and the multiculturalist ideology that dominated Stanford. He claimed that the “multiculture” led to a lessening of individual freedoms. While a student at Stanford, Thiel founded a rightwing journal, still up and running, called The Stanford Review – motto: Fiat Lux (“Let there be light”). Thiel is a member of TheVanguard.Org, an internet-based neoconservative pressure group that was set up to attack MoveOn.org, a liberal pressure group that works on the web. Thiel calls himself “way libertarian”.

Thiel says that PayPal was motivated by this belief: that you can find value not in real manufactured objects, but in the relations between human beings. PayPal was a way of moving money around the world with no restriction. Bloomberg Markets puts it like this: “For Thiel, PayPal was all about freedom: it would enable people to skirt currency controls and move money around the globe.”

Thiel is #377 on the 2009 Forbes 400, but he isn’t counted as jewish (“either personally or in their giving”) by Jacob Berkman in Jewish Philanthropy Navigates The Economy’s Rough Seas.

The authors of Jews On The Internet and The Jewish hand behind Internet come from polar opposite views on jewish influence, but they both agree Thiel is a jew.

George Soros, another plutocrat who definitely is a jew, was quoted in the news today offering his underling in the White House some public advice.

Mr Soros told delegates: “To tax the banks when they are doing everything they can to get out of a hole is the exact opposite of the policy you are trying to pursue…This development came too soon because the banks are not out of the woods.”

Mr Soros also said governments around the world needed to continue spending, even if they had sizeable budget deficits, to avoid the risk of a double dip recession.

What Soros is saying is: tax and indebt the masses, not the plutocrats.

As Hunter Wallace put it:

Democracy: the theory that you have as much power and influence as George Soros.

You could say the same about any plutocrat. But the power and influence of Thiel, Soros, David Gelbaum, and other jewish plutocrats is compounded by its tribally-networked nature. What comes through clearly in the Berkman article is the “supremacism” with which jews view their collective power, and the unapologetically “racist” way in which they direct so much of their “philanthropy” to fellow jews. What should make this situation troubling for any White, rich or poor, is that jews do it under the aegis of a regime which favors and defends jews and jewish interests even as it directs fear and hatred toward Whites.

Where are the mainstream media’s fierce critics, the speakers of truth to power? Like the figureheads in our illegitimate government they’ll bash powerless White “teabaggers” with glee, but they’re afraid to question their jewish overlords.