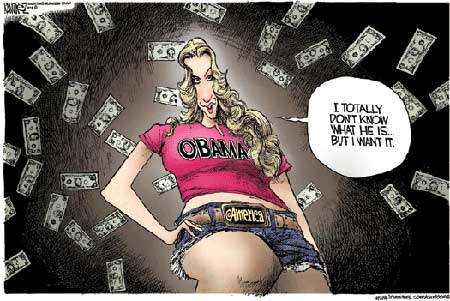 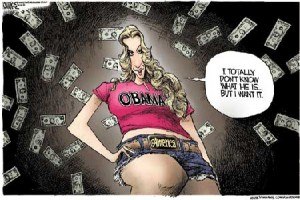 The former black community organizer of ambiguous origin, touted by a sycophantic, anti-White media as the “post-racial” president, is anti-White. Is anybody other than deracinated Whites surprised?

Panic. The White House fears it is losing white America because of a false perception that it harbors a bias against white America.

Outrageous, rail those journalists who celebrated the NAACP’s accusation that the tea party is harboring racists and is too cowardly to confront them.

Yet, as things perceived as real are real in their consequences, if the White House does not eradicate this perception, its lease may not be renewed. Whence comes that perception? Several incidents.

First was the startling accusation by Attorney General Eric Holder, days after Barack Obama was inaugurated in a gusher of good feeling, that we are all “a nation of cowards” when it comes to facing issues of race.

A real icebreaker for a national conversation.

Second was the instantaneous verdict of the president, when asked about the arrest of Harvard’s Henry Louis Gates by Cambridge cop Sgt. James Crowley. With no knowledge of what happened, Obama blurted out that the cops had “acted stupidly.”

It took a White House beer summit to detoxify that one.

A third was the revelation that Obama’s first Supreme Court nominee, Judge Sonia Sotomayor, the “wise Latina” herself, had gone to extremes to see that the case of Frank Ricci and the New Haven, Conn., firefighters never got to the Supreme Court. Ricci and co-defendants had been denied promotions they had won in competitive exams solely because they were white and no black firemen had done as well.

The fourth was the Justice Department’s dropping of charges against members of the New Black Panther Party, whose intimidation of voters in Philadelphia had been captured on tape.

When a department official resigned in protest and went to the Civil Rights Commission to accuse officials at Justice of ordering staff attorneys not to pursue such cases, that explosive charge, too, was ignored by Justice.

Came then the NAACP smear that the tea party was harboring racists, which Joe Biden explicitly rejected on national television on Sunday, before the Monday firestorm over Sherrod.

The anti-White bias of Obama, his handlers, his media cheerleaders, and his administration is crystal clear. Buchanan neglected to cite a few other major incidents in support of this perception.

Obama’s disdainful remarks about working-class voters in former industrial towns devastated by job losses, i.e. Whites: “They get bitter, they cling to guns or religion or antipathy to people who aren’t like them or anti-immigrant sentiment or anti-trade sentiment as a way to explain their frustrations.” An unabashed Obama then explained this is something “everybody knows is true”, i.e everyone in his social and political circles disdains Whites.

Media accusations that as a group White voters in the democratic primary and Obama’s subsequent election were “racist”, despite having the least skewed voting patterns of any major racial/ethnic group.

Obama’s personal appeal to “make sure that the young people, African Americans, Latinos and women, who powered our victory in 2008 stand together once again.”

Obama and his administration’s hostile reaction to Arizona’s stand against illegal immigration and his clear preference to promote the interests of non-White aliens.

All of these incidents were given fairly prominent exposure – at least in the conservative media Whites gravitate toward.

Another incident, which conservatives have been unwilling to openly criticize, is Obama’s more recent nominee for SCOTUS, Elena Kagan, who has been strongly criticized by “people of color” for hiring too many “white” men. The Obama White House response was to crow about Kagan’s efforts to “increase faculty diversity”. Their document provides some idea who these “diverse” “whites” were:

Even conservatives who recognize that the regime is anti-White will not question it’s equally obvious favor for jews.