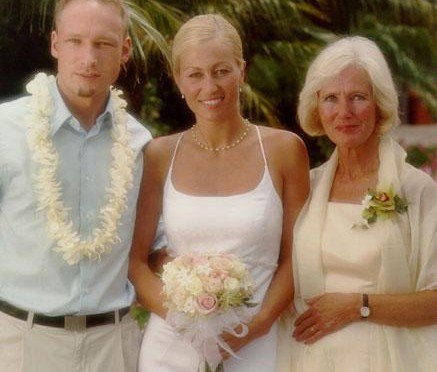 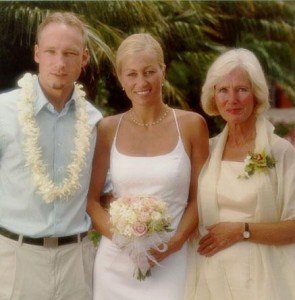 Norwegian Anders Behring Breivik said he killed 93 people to spark a “revolution” against the multiculturalism he believed was sapping Europe’s heritage, and experts say a frank debate about immigration may be the best way to prevent similar explosions of violence.

In some Nordic countries, and elsewhere in Europe, political parties have fed on rising public concern over immigration as economic conditions worsen and a drip-feed of Islamist attacks stokes fear and suspicion of new arrivals.

But experts argue overly aggressive political rhetoric and scare tactics have inflamed passions rather than address the many complex, underlying problems.

A crack in the anti-White regime! The “experts” are finally ready to listen to the rising public concern over immigration! Or are they?

“If the twin attacks in Norway fail to trigger an honest discussion of the issue, exposing often scare-mongering arguments used by the extreme right, this may marginalise the radical groups and worsen the situation, which in turn could bring more similar attacks in the future,” said Lilit Gevorgyan, Europe analyst at the IHS Global Insight think-tank.

“This is not just an issue in Norway. Across Scandinavia and also in Western and Eastern Europe, you have a lot of people who are very frustrated by the lack of open debate,” she added.

British Prime Minister David Cameron, Germany’s Angela Merkel and France’s Nicolas Sarkozy have all declared in recent months that multiculturalism has failed, in speeches that were otherwise careful to highlight the contribution of immigrants.

But critics say such statements at best do little to offer solutions to tackle the economic and societal pressures that stem from increasing immigration and globalisation, and do even less to harness the benefits of a multi-ethnic society.

Anti-immigrant and anti-Islamic parties have gained traction in Nordic and Scandinavian countries in recent years, tapping public anxiety over the relatively recent phenomenon of mass migration, particularly of Muslims, to their region.

The anti-immigrant Sweden Democrats were last year elected to the Swedish parliament for the first time, despite the party having roots in neo-Nazi movements of the 1980s and 1990s. The party has criticised Muslims and Islam as being un-Swedish.

Swedish anti-fascism magazine Expo, where the late best-selling novelist Steig Larsson was highly active, says while there may be no direct link between violence and comments by politicians, the rhetoric creates a fertile environment for ethnically motivated attacks.

“It is very aggressive ideology that the Swedish Democrats are pushing towards Muslims … it has become a more and more accepted way to speak about Muslims this way,” said Expo reporter Johannes Jakobsson.

“Of course if you are in the Swedish parliament and point fingers at Muslims and say these people are dangerous, of course this is going to influence people to become more hostile towards them,” he added.

Oh. The “expert” “critics” include pro-immigration Expo, who have for years been pointing fingers at indigenous nationalists, saying these people are dangerous. As it turns out, Breivik’s book, 2083 – A European Declaration of Independence, has something to say about Expo:

The Swedish organisation Expo has demonstrated a willingness to “share information” with radical groups of “anti-Fascists” in Antifascistisk Action (AFA). The thugs of AFA in the spring of 2008 destroyed[11] the car of an elderly woman and wrote “nasse“ (Nazi) on top of it. As it turned out, they picked the wrong car. Yet years of such attacks against private citizens have not prompted the authorities to crack down on their activities.

Leading newspaper Aftonbladet has close ideological ties to the Social Democrats, the country’s dominant party for most of the past century. Helle Klein, its political editor-in-chief from 2001 to 2007, during a demonstration organised by Islamic and anti-racist organisations in December 2006 stood in front of a banner which read “A Sweden for all – Stop the Nazi violence“ and held a speech warning against Islamophobia in the media. Klein has voiced sympathy for terrorist organisation Hamas[12] in her editorials while warning against the threat posed to world peace by Israeli aggression and the Christian Right in the USA[13]. Hamas is a Fascist organisation openly calling for mass murder of Jews. Violent attacks against Jews in Europe in 2008 are to an overwhelming degree caused by Muslim immigration, which is encouraged by the EU and the national political elites. The irony of warning against “Nazi violence” while showing sympathy for an organisation that wants to finish what the Nazis started apparently doesn’t strike Ms. Klein.

One of Klein’s fellow columnists at Aftonbladet, the long-time Communist Robert Aschberg, is the publisher of Expo magazine. Leading Expo member Charles Westin in October 2007 published the book Brunt! (“brown,” as in “Fascist”), where he let members of AFA contribute some of their intelligence regarding “right-wing extremists,” among them people associated with the legal party the Sweden Democrats. In addition to Mr. Westin, the book was co-authored by Mats Deland, who is a journalist in Aftonbladet. Why is it considered OK that a representative of one of Scandinavia’s largest newspapers, with ties to the country’s largest political party, thus associates himself openly with an organisation known for physically assaulting members of a legal opposition party, even in their private homes?

Before the elections in 2006, the established parties cooperated in boycotting the Sweden Democrats and other “xenophobic” parties. In one of many similar incidents, which extreme Leftists bragged about on the Internet, around 30 members of the SD were attacked during a peaceful, private party outside the town of Växjö. The brave “anti-Fascists” threw tear gas into the building, forcing people outside where they were beaten with iron bars and axes. Open, aggressive and sometimes violent harassment of critics of the country’s immigration policies has been going on for years while the authorities have largely turned a blind eye to the problem. Seemingly encouraged by the silence from the establishment to political violence, extreme Leftists have stepped up their attacks to include mainstream parties. Sweden is witnessing the greatest explosion of street violence in its history, and a woman is raped every two hours. Expo, which is backed by the media and the major parties, has been campaigning against the Sweden Democrats for years. Daniel Poohl from the unelected organisation Expo states[14] that it’s “not undemocratic” to deny the SD access to political influence.

According to Jonathan Friedman, an American Jew working in Sweden for years, “no debate about immigration policies is possible, the subject is simply avoided. Sweden has such a close connection between the various powerful groups, politicians, journalists, etc. The political class is closed, isolated.” The elites are worried to see their power slip away and therefore want to silence critics, for instance the Sweden Democrats, a small party opposed to immigration: “It is a completely legal party, they just aren’t allowed to speak.…In reality, the basis of democracy has been completely turned on its head. It is said: ‘Democracy is a certain way of thinking, a specific set of opinions, and if you do not share them, then you aren’t democratic, and then we condemn you and you ought to be eliminated. The People? That is not democratic. We the Elite, we are democracy.’ It is grotesque and it certainly has nothing to do with democracy, more like a kind of moral dictatorship.”

Breivik copied these passages from a Fjordman essay posted by Pamela Geller, Fjordman At Atlas: Swedish Hypocrisy Regarding Israel and Muslims.

Anders Behring Breivik’s world view seems to have been shaped by online fantasy games and the anti-Islamist blogosphere – a recipe for national fragmentation.

Every country needs some degree of cohesion. Just how much is a legitimate matter of dispute. Some believe that cultural pluralism is a recipe for fragmentation and the loss of trust. This may be the case, but not necessarily. So long as common institutions function impartially – education, housing, work etc – a society can live well with considerable diversity. However, the moment we cease to speak to each other, something serious is under way. This is exactly what happened with Breivik and many of his co-believers: they developed a parallel reality on the internet.

Breivik must willingly have allowed himself to be brainwashed by Islamophobic and extreme rightwing websites. However, had he instead been forced to receive his information through a broadsheet newspaper, where not all the stories dealt with Europe’s loss of confidence and the rise of militant Islam, it is conceivable that his world would have looked slightly different. Perhaps one lesson from this weekend of shock and disbelief may be that cultural pluralism is not necessarily a threat to national cohesion, but that the tunnel vision resulting from selective perusal of the internet is.

Breivik’s book also has something to say about Eriksen:

Europe is heading towards cultural and demographical suicide due to the absence of nationalistic doctrines. Nationalism is the anti-thesis of multiculturalism/internationalism. In order for nationalism to succeed, multiculturalism must be deconstructed and vice versa. The cultural Marxists/humanists/globalists will do EVERYTHING in their power to prevent nationalists from succeeding as we have witnessed now for several decades.

Campaigns of psychological warfare (anti-nationalism) have been integrated into the school curriculums and all intellectual public frameworks. Europeans have been psychologically conditioned into a state of denial and self contempt. A majority of Europeans are therefore in a permanent state of psychological trauma, some nationalities more than others.

The most severely affected are of course the Germans and the Nordic countries; Sweden, Norway, Iceland, Finland and Denmark. The justification for demonising their forefathers is a mixture of portraying the evil crusaders, the evil colonisers/enslavers and of course Nazi Germany’s policies of nordicism. The clear message from our cultural elites is that we are by definition evil and unworthy of life. And that we will do the world a big favor by contributing to our own extermination through third world colonisation. The self loathing runs deep through most aspects of society. To quote one of the most influential professors in Norway, Thomas Hylland Eriksen[1]:

“This will contribute to understanding and liberation”

The problem in our societies isn’t primarily that individuals like Eriksen exists (and believe me, every country has their share of these highly influential anti-nationalist intellectuals) but rather that they are allowed unrestricted access to broadcasting networks, state channels, the main stream media in general to spread their hate-speech. They are allowed this access because 80% of politicians and 98% of journalists (category A and B traitors) are aiding and abetting them in the ongoing genocide. This while people like myself, who are trying to warn people of this extremist hate speech, are systematically ignored and demonised as, guess what; racist, fascist extremists… It is nothing less than insane and it borders to an advanced level of psychopathic absurdity. A majority of Europeans are still susceptible to this brainwashing although this is gradually changing.