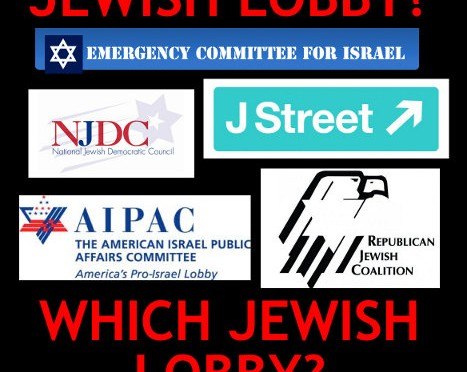 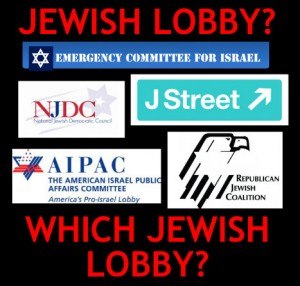 The Hagel controversy highlights how jews dominate policy-making in the US.

Here we examine the jewish origins and overwhelmingly jewish debate over a list of what many jews regard as significant grievances against Chuck Hagel. Much of this has been hidden in plain sight, tucked away in jew-centric forums. It was brought to broader mainstream attention in a WSJ op-ed by Brett Stephens, Chuck Hagel’s Jewish Problem. An army of jews have been very publicly and vociferously expressing their problems with Hagel ever since.

On 7 Jan 2013, Marsha Cohen published A Chronology of the War Against Chuck Hagel (PDF) which begins:

The smear campaign against Chuck Hagel did not begin on Dec. 14, 2012. The former Nebraska senator’s opposition to war as the preferred means of conducting foreign policy made him a maverick during the post-9/11 Bush years. Although most Republicans agreed with Hagel’s socially conservative positions on domestic issues, his nuanced approach to foreign policy — and his view that diplomacy was a more efficacious means of securing long term US interests than sending in troops with an unclear and/or undefined strategic objective — set him apart from many of his fellow party members.

Some criticism of Hagel began to surface in 2007, when he briefly considered running for president as a Republican. In an effort to thwart his candidacy and undermine his potential candidacy, the National Jewish Democratic Council (NJDC) compiled a list of petty grievances that would constitute the core of most neoconservative excoriations of Hagel, persisting in cyberspace long after the NJDC had scrubbed all references to them from its website.

In the first page alone Cohen notes, in addition to the NJDC, the following jewish political organizations which have opposed or supported Hagel: AIPAC, Republican Jewish Coalition, J Street, and the Emergency Committee for Israel (ECI). Together with the many other organizations, media outlets, and individual high-profile jews whose opinions have been widely publicized, as cited both in Cohen’s document and in the posts I’ve made on the subject, a picture emerges of a large, multi-faceted, well-connected, highly-coordinated network dedicated, on the whole, specifically to the pursuit of jewish political interests.

The fact that this political network cleaves along different lines at different times in response to different issues – as it has with Hagel – does not alter its fundamentally jewish composition or the fundamentally jewish interests that it debates and collectively pursues. To excuse themselves, jews often call attention to the noise of the debate itself and away from the goal of the debate. “Two jews, three opinions!”, they say. “Two jews, three opinions about what’s best for the jews!”, is closer to the truth.

The following links and quotes come from following just a portion of Cohen’s lengthy PDF. They demonstrate the long-term and party-line-crossing nature of the jewish debate over Hagel.

“When it comes to Israel and the Jewish community, the hypocrisy of Republicans in Congress is just overwhelming. How is it that Republicans in the Senate can claim to be supporters of Israel when almost 20 percent of their caucus — including their top two Members on the Foreign Relations Committee and top Republican on the Armed Services Committee — apparently does not think that Hezbollah should be on the E.U. list of terrorist organizations,” asked NJDC Executive Director Ira Forman. “While Democrats are out there trying to punish Israel’s enemies and ensure that she has a right to defend herself, these ten Republican senators have no problem with the international community treating Hezbollah as a legitimate organization. Shame on them.”

In 2006 it was Democrat jews trying to punish, or at least shame, Republican senators, including Hagel, for not “trying to punish Israel’s enemies”. The shameless underlying presumption is that either Israel and the US interests are identical, or more likely, that Israeli interests matter more.

March 12, 2007. National Jewish Democratic Council compiles a list of complaints against Hagel. It subsequently removed the grievances from the NJDC website, but was screen-captured and preserved by ad man and Breitbart.com columnist, Jeff Dunetz, and will serve as the basis for future “opposition research” on Hagel’s positions on Israel and Hezbollah

Jeff Dunetz blogs under the pseudonym Yid with Lid. He republished a copy of the NJDC list on the same day it was issued. The list cites Hagel’s “failures” from a specifically jewish point of view as far back as Oct 2000. This NJDC list is what Cohen dismissively describes in her introduction as “petty grievances”. The jews she cites all take it much more seriously.

Two years later the same list was still at the center of the ongoing jewish debate about Hagel. NJDC Chief Weighs in on Hagel Appointment (Update w/RJC in Response), by Michael Goldfarb, The Weekly Standard, 29 Oct 2009:

Yesterday the Republican Jewish Coalition was taunting its Democratic rival, the National Jewish Democratic Council, over the appointment of former Republican Senator Chuck Hagel to serve a co-chair of the President’s National Intelligence Advisory Board. As the RJC was quick to point out after news of the appointment broke, the NJDC had put out several statements over the years blasting Hagel for his “questionable Israel record.” In particular, Hagel had refused to sign a series of letters that had broad bipartisan support and which focused on a range of issues of great importance to the Jewish community. He had refused to sign a letter in August 2006 asking the EU to declare Hezbollah a terrorist organization. In 2004, Hagel had refused to sign a letter urging President Bush to highlight Iran’s nuclear program at the G-8 summit.

NJDC executive director Ira Forman responded by blasting his counterpart at the RJC, Matt Brooks. Brooks, Forman said, is “not concerned with little issues like shame or hypocrisy.” Forman said that RJC had plenty of opportunities to question Hagel’s record when Hagel was serving in the Senate. “Apparently [the RJC] just recently had a revelation” about Hagel’s foreign policy views. But neither was Forman prepared to denounce Hagel again now that the shoe was on the other foot. “Anybody who’s looking for purity from us is going to be disappointed,” Forman said in the course of declining to criticize the appointment.

Still, Forman isn’t a fan of Hagel. He suggested that NJDC would publicly oppose Hagel’s nomination for a position with more authority. “If [Hagel] was taking a policy role, we’d have real concerns,” Forman said. And Forman indicated that his group would oppose Hagel’s appointment to any position that had influence over U.S.-Israel relations.

While the RJC may not have “even a little credibility to attack” this appointment, as Forman says, the bipartisan show of discomfort with Hagel’s foreign policy views suggests Hagel is not destined for a bigger role in this administration.

An interesting postscript to this story is the fact that Hagel’s appointment was announced at J Street’s gala dinner on Tuesday night just before Hagel delivered the keynote speech at that event. NJDC is an explicitly partisan, Democratic organization, while J Street aspires, or at least claims to aspire, to bipartisan influence.

The partisan switcheroo on Hagel is a case in point. Jews from all sides continue to debate the same list of specifically jewish concerns, clearly demonstrating how jewish ethnic interests rise above the ebb and flow of party ideologies and loyalties. For or against Hagel their unchallenged presumption, often explicitly stated, is to ensure the selection of someone who will serve the best interests of the jewish ethnostate.

Dunetz brought the NJDC list of grievances back to light last month and added some fresh vitriol. “The Lid”: Will the NJDC Oppose Terrorism Loving, Israel-Hating Chuck Hagel’s Appointment As Sec of Defense?, 13 Dec 2012:

Senator Hagel often appears before Arab-American groups to air his views regarding the Middle East. Among the gems of wisdom: support for Israel shouldn’t be automatic. .

He has also joined a chorus of people surrounding Barack Obama who use the anti-Semitic meme about the so-called Jewish Lobby.

Says Hagel: “The political reality is that… the Jewish lobby intimidates a lot of people up here.” This audio should be heard to truly gauge his own feelings.

Note his use of the term “Jewish Lobby”. There are many millions of Americans who are not Jewish, who support the American-Israel relationship. Hagel pushes the meme that Jews control American foreign policy (if they did–they would do a better job than this administration).

Note the self-identified Yid with Lid’s use of the term “jewish lobby”. It’s a telling combination of mocking, gloating, contempt and denial.

Dunetz is part of an ethnocentric jewish chorus who expect US government and military leaders to support Israel. Some, like Dunetz, expect that support to be automatic. It’s a given to Dunetz that the US government could do a better job serving jewish interests. It is with this end in mind that he tosses self-righteous insults and insinuations with abandon, freely projecting his own unhinged passions onto Hagel. Thus Hagel becomes “Terrorism Loving, Israel-Hating” boogeyman Hagel. What’s so ineffably jewish about such wild, deluded exaggerations is that rather than costing Dunetz his credibility or livelyhood, he expects that it should cost Hagel his.

The debate over Hagel is dominated by jews. They dominate the debate over most political issues. In this case they’ve just made themselves more vocal and visible than usual. However many Americans there are who aren’t jews, and however they feel about anything, it’s entirely accurate to identify and refer to a “jewish lobby” whose activism represents, at root, pursuit of the best interests of jews.

If Blue people and some others were arguing over what’s best for the Bluish ethnostate, and some Blue people started making a big deal over whether somebody who isn’t Blue referred to it as the “Bluish ethnostate lobby” or the “Blue lobby”, that would rightly be seen as a distinction without a difference. What’s different here is that it’s jews, not Blues, who are involved.

The ridiculous arguments Dunetz and others make in defense of jewish power wouldn’t make sense when applied to anyone else. They make such arguments because they consider jews special and aren’t thinking in terms of anyone else. They aren’t ridiculed because 1) even the jews who oppose Dunetz are ethnocentric enough not to take issue with the presumption that jews are special, and 2) everyone else is more or less ignorant of, allied with, or intimidated by jewish power.

This jewish chimp-out over Hagel’s nomination demonstrates the enormous influence jews have, think they have, or think they should have over US policy-making. It also raises some important questions. Is it really controversial that a US senator or secretary of defense should have the best interests of the US rather than Israel foremost in their mind? Isn’t this only controversial because the political discourse is so chock full of jews willing and able to argue more or less dishonestly in favor of whatever they think is best for jews? Isn’t this a reflection of the jewish domination of the corporate, mainstream media? Is there anybody left in mainstream politics or media who will dare make the simple point that none of this is good for the rest of us? When?