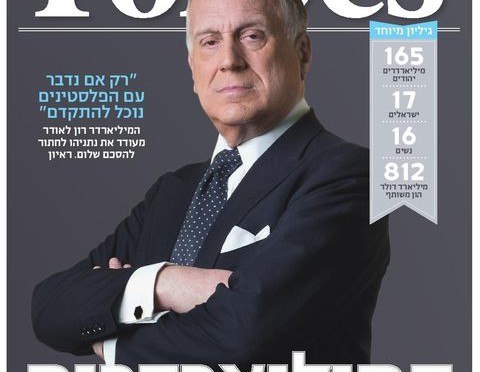 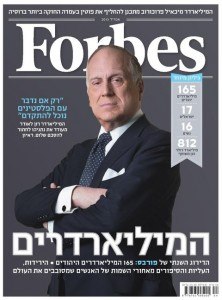 Steve Sailer at Taki’s, on Jewish Wealth by the Numbers:

Similarly, in Israel, you can write openly about one of the more interesting and important subjects of our era: Jewish wealth. For instance, the Israeli-American centrist think tank Jewish People Policy Institute reported in 2010: “World Jewry today is at a historical zenith of absolute wealth creation.”

Forbes Israel, the Tel Aviv offshoot of the American business magazine, has a cover story on Jewish billionaires. The Israeli edition has made up a list, drawn from Forbes‘s overall ranking of the world’s 1,426 billionaires, of the 165 richest Jews in the world.

Overall, n/a states that 140 of the Forbes 400 rankings of richest Americans, or 35 percent, are Jewish.

This 35 percent Jewish figure has been fairly stable since n/a started his analyses in 2009. The first careful analysis of the Forbes 400 was performed by Nathaniel Weyl back in 1987, when he found 23 percent were Jewish. That suggests a sizable increase in Jewish representation among plutocrats over the last generation. Yet bear in mind that’s only one data point from the past. I’ve been casually following the Forbes 400 for 30 years, and membership shifts frequently due to various bubbles.

n/a has also done a quick and dirty look at Forbes‘s global list of 1,426 billionaires (#1, by the way, is Lebanese-Mexican Carlos Slim). Unlike Forbes Israel‘s estimate of 11 percent Jewish, n/a comes up with over 17 percent. Note that this is pretty much of a SWAG for Eastern Europe, where it’s harder for an Anglophone to look up biographical information. Still, this estimate would mean that per capita, Jews are a little over 100 times more likely to become billionaires than the rest of the human race.

Lists highlighting jewish power cause hyper-jew Jeffrey Goldberg, at Bloomberg, to cry, Stop With the Jew-Ranking Already! (the original title, evident in the URL, was dear-jewish-media-please-stop-making-lists-of-jews):

The Jerusalem Post has just published its annual ranking of the world’s 50 most influential Jews, and I’m sorry but also somewhat relieved to report that I don’t appear on it this year.

I’m sorry because one of my goals in life is to inhabit the fever dreams of neo-Nazis, and nothing gets a neo-Nazi going more than the specter of supernaturally powerful Jews. I’m relieved because, who really wants to be on a target list? At a certain point, the Post should just provide home addresses to make the roundup even easier.

Speaking of neo-Nazis: It isn’t entirely clear to me why the Jewish media (not the “Jewish-dominated media” of those aforementioned fever dreams, but the press that actually cover matters of interest to Jews) fetishizes list-making. The Forward, a national U.S. Jewish weekly, publishes a list of the top 50 American Jews

So the lists published by the Post and the Forward always leave me with a bit of a bad taste in my mouth. Why are these publications aping a practice of non-Jews — singling out Jews for their special prominence in society? . . . The phenomenon of disproportionate Jewish representation in many high-profile fields . . . combined with ancient and deeply embedded anti-Semitic ideas that are still prevalent in some parts of the world, suggests that they should resist the urge to quantify “Jewish power.”

As with hyper-jew Jonathan Chait, Goldberg makes no attempt to refute the facts. Instead they crack jokes. Nervously. Jews like this realize, and realize well, that jewish power is based on lies and fraud.

2 thoughts on “The Nature of Jewish Power”