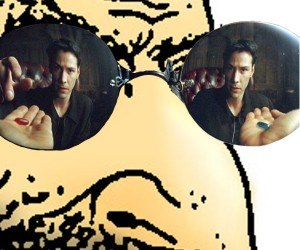 Joyce notes that jewish self-deception is a common theme at TOO and “a major component of [Kevin] MacDonald’s analysis of Jews”. He hopes “to widen its application as an analytical tool to different historical and contemporary contexts”.

He begins by examining the meaning of the term, especially in the context of the apparent double-standards of jewish moralizing:

While the basic premise of lying to oneself remains central, [Ann] Tenbrunsel and [David] Messick describe self-deception as the state of “being unaware of the processes that lead us to form our opinions and judgments. Such deception involves avoidance of the truth, the lies that we tell to, and the secrets we keep from, ourselves.”[7] Self-deception, on some scale, is “common, normal, and accepted as constant and pervasive in individual’s lives. We are creative narrators of stories that tend to allow us to do what we want and justify what we have done.”[8]

Crucially, they add that self-deception serves a purpose by allowing “one to behave self-interestedly while, at the same time, falsely believing that one’s moral principles were upheld.”[9] This statement alone will have immediate resonance with anyone remotely familiar with the nature of Jewish interference in the cultural and demographic life of White countries. Tenbrunsel and Messick state that this “internal con game” aids a process where ethical aspects of a situation, and their moral implications, are entirely obscured.[10]

One of the key questions confronting anyone studying self-deception is the relationship between a conscious deception of others and an unconscious deception of the self. Tenbrunsel and Messick state that “it is unclear whether such deception is the result of a conscious act or an unconscious process. Self-deception is paradoxical in this sense, for to deceive oneself somehow implies that one must know that something needs to be hidden or kept secret.”[11] Or as other scholars have asked: “how can the self be both deceiver and deceived?”[12]

For our purposes, we would face the dilemma of whether influential Jewish historians, politicians, etc. are simply lying to us, or whether they truly believe what they are saying.

This paradox, at least with regard to the jews, can be unravelled by asking two fundamental questions: Who/whom? And cui bono? Who is lying to whom? And who benefits from these lies? In short, the paradox arises in trying to describe collectivist psychology in individualist terms.

Self-deception, in its most literal sense, is about lying to oneself to protect oneself. It is a personal mechanism for dealing with a personal problem – avoiding mental anguish by mentally avoiding reality. In the extreme it can be psychopathological.

The controversy and supposed paradox begin when the same term is applied to a seemingly related but qualitatively distinct behavior – lying to oneself to facilitate lying to others. The motives are still selfish, but others are now directly affected. In this sense it is on the cusp between psychology and sociology, an especially devious way one may deceive others. In the extreme it can be sociopathological.

Joyce notes that “scholars have identified and delineated four enablers of self-deception”, and that the first is “the employment of language euphemisms”, “careful use of language”. I agree, and thus see a corrective in paying careful attention to the use of language, and especially the term self-deception.

To the extent either of the truer senses of self-deception plays a part, it seems to apply best to how non-jews try to cope with the otherwise inconceivably awful reality of jewish behavior. We may hypothesize, for instance, that the jews must be unconsciously deceiving themselves, that they know not what they do. Or we may say that jewish behavior is simply instinctive, that they can’t help what they do. But the reality is that jews behave as they do exactly because they are hyper-conscious of their collective identity and interests, not unconscious. Whatever portion of it is instinctive is very deliberately supplemented by indoctrination.

White minds recoil from such thoughts, but the lies jews tell about why jews lie are, in fact, just more jew lies. Jews tell these lies upon lies with the best interests of jews in mind, implicitly if not explicitly. It’s that simple.

In Part 2 Joyce introduces a good example of this:

Robert Wistrich (born 1945) is the current Neuburger Professor of European and Jewish history at the Hebrew University of Jerusalem, and the head of the University’s Vidal Sassoon International Center for the Study of Antisemitism. Born to Polish leftist Jews in the Kazakh Soviet Socialist Republic, Wistrich emigrated to France and then Britain while still a youth. He grew up in England, and received his PhD from the University of London in 1974. Between 1974 and 1980 he was Director of Research at the Wiener Library, a piece of biographical information which is quite significant in itself.

In fact, the bulk of Joyce’s “Self-Deception in Jewish Historiography” concerns the work of this professional jew, who makes his hyper-consciousness of jewish interests quite explicit. In Part 3 Joyce writes:

Moving into the Enlightenment and the modern era, Wistrich becomes entangled in the increasingly complex and bizarre, self-deceiving “Christian virus” theory. Attempting to explain why anti-Semitism persisted into a period in which adherence to Christian dogma weakened radically, he proposes that the Christian virus remained dominant but had “pagan, pre-Christian anti-Semitism grafted on to the stem of medieval Christian stereotypes of the Jew which then passed over into the post-Christian rationalist anti-Judaism of the eighteenth and nineteenth centuries.”[29]

This is certainly an impressive mouthful, but in the absence of evidence it is completely ad hoc; it actually means and proves nothing and is instead typical of the attempts of Jewish historians to evade the rather obvious fact that in all eras and in all places the themes of anti-Semitism are unwaveringly similar. Talk of anti-Semitic themes “grafting” onto “stems” which ‘evolve’ and “pass over” into new forms simply can’t explain away, for example, the fact that we find evidence and complaints of Jewish avarice from ancient Rome, early Christian Syria, medieval England, and early modern Germany. Anti-Semitism is immutable.

Indeed, this behavior is typical. And it has nothing to do with these jews lying to themselves about what they’re doing. Jewish behavior is parasitic. The jews are virulent in the most literal biological sense of the word. While some work directly on extracting the resources of their host, others, like Wistrich, work more indirectly on damage control, spinning a narrative which shifts the blame onto their hosts. Inverting reality is a hallmark of the jews and jewish deception. Wherever jews cause pain, even more jews flock to cry out that jews are the ones who are the real victims.

My quibble about terms aside, Joyce’s articles are a masterful review of many facets of jewish deception. There are quite a few details and insights which were new to me, and thus I found it well worth reading.

3 thoughts on “On Jewish Deception”