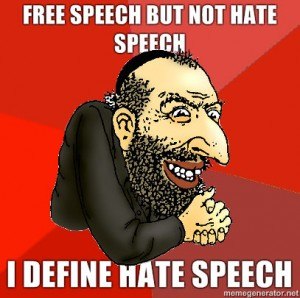 Picking up where we left off. The meaning of “liberal”/”liberalism” is vague and has shifted dramatically over time. As Wikipedia phrased it, “liberalism is a philosophy about the meaning of humanity and society”. The shift in the meaning of the term reflects the shift in power from Aryan to Jew.

The title and focus of this installment was inspired by Weichseler’s pithy comment:

In short, liberalism is a sugar coated racial death wish

Robert Frost’s witticism that, “A liberal is a man too broadminded to take his own side in a quarrel”, is related, but begs the question. How could such a passive attitude ever become dominant? It couldn’t and didn’t. Such self-abnegating broadmindedness only reflects a strand of the older, Whiter sense of “liberalism” which never was truly dominant, and has at any rate been displaced by a jewish sense of “liberalism” which is not passive, but is instead more or less openly and aggressively anti-White.

Most people do not have strong political beliefs. They vote mainly according to what they think is in their personal interest.

I agree with the broader point, which is to keep in mind the classic distinction between the hoi polloi (in the original Greek sense) and the elite who actually wield political power (the hoi oligoi, the oligarchs, and their politician-servants who are often mistaken as “leaders”).

This definition is at odds with the reality that “liberalism” helped trigger and was most advanced by war – specifically the American and French revolutions and World War II. “Liberalism” rose in revolt against aristocracy and hierarchy, the previously dominant “philosophy about the meaning of humanity and society”. Only now that “liberalism” is hegemonic can it been seen as counter-revolutionary.

So, I think the word “liberalism” no longer means anything. It doesn’t refer to a coherent ideology. The Jews pretend to be liberals, which they are not. And the White liberals pretend they still believe in something, but they defer to the Jewish agenda and are held tightly in check. The incredible thing is how the non-Jews have accepted to go along with a new agenda that contradicts their former ideals.

Instead of studying liberalism, maybe we should start studying how dictatorship works, and how the whole population of a country can come under the rule of a small hostile minority.

The how, the mechanics, is important and merits its own focus, but what must come first is a recognition and understanding of the what, this “rule of a small hostile minority”. The shift in meaning of “liberalism” is emblematic – a symbol of both the how and what of jewish rule. We can do more than simply assert that “liberalism” is not a coherent ideology – it is useful to try to understand how and why it came to be so.

The perceived incoherence of “liberalism” springs largely from the fundamental incompatibility of its two supposedly primary ideas – freedom and equality.

As Richard Cotten noted, “Freedom is not free; Free men are not equal, and Equal men are not free.” Reality is not equal, equality is not real. Free from artificial efforts to force equality, human beings are naturally unequal. Freedom or equality – pick one.

In The New Blacklist, Pat Buchanan remarks on this quintessential dilemma of “liberalism”:

Mitchell Baker, the executive chairwoman of Mozilla Foundation, who escorted Eich out, said in her statement: “Mozilla believes both in equality and freedom of speech.

Equality is necessary for meaningful speech. And you need free speech to fight for equality. Figuring out how to stand for both at the same time can be hard.”

George Orwell, thou shouldst be living at this hour.

What Baker is saying is that you have freedom of speech, so long as you use your speech to advocate equality.

Beyond this incompatibility, the incoherence also springs from the increasingly obvious reality that neither freedom nor equality are the true priorities. The current thoroughly judaized “liberalism” is all about racial inequality. It’s about blaming Whites and making excuses for non-Whites. It’s about seeing Whites as bad and non-Whites as good. Under this judaized “liberalism” the free speech and free association of Whites is increasingly defined as “hate” and restricted.

George Lincoln Rockwell noted in the 1960s that the boundaries of the “liberal” mainstream are defined and policed by jews. Within that judaized mainstream there are essentially two poles – the “left”, representing the direction the system is shifting/”progressing” toward, and the “right” being the direction the system is moving away from, purging and excluding (e.g. Eich or Buchanan) as the outer bounds are moved.

The “left”, who at the time of French revolution were the promoters of equality, in opposition to aristocracy and hierarchy, long ago abandoned that pretext. “Leftists” today openly advocate in racial terms. They support identity politics and multiculturalism. In other words, they acknowledge and encourage inequality. They favor the moral and legal supremacy of non-Whites/”people of color”.

The “right”, who used to defend aristocracy and hierarchy, have gradually and continually given ground in a vain effort to avoid being psychoanalyzed as “racist” “sexist” “homophobic” “xenophobic” and “anti-semitic” by jews (whether “leftist” enemies, or supposed “rightist” allies). Today, when mainstream “rightists” talk about race it’s only to nonsensically insist that race doesn’t matter – because their favorite “conservative” is black and immigration is bad because it’s bad for black and brown people.

The self-described “traditionalist” jewish fifth columnist Lawrence Auster identified just about everything he didn’t like (which he couldn’t more specifically identify as “anti-semitism”) as “liberalism”. Upon scrutiny, Auster’s superficial blather about “liberalism”, which has been mimicked and praised by many other supposedly intelligent critics, was only so much dissembling. He talked about “liberalism” only to obscure and excuse the jewish role in it.

Auster was an effusive source of bogus explanations only loosely connected to reality, such as his misidentification of “liberalism” as non-discrimination. The limits of his own ability to discriminate were clear in his insistence of conflating jews and Whites as “whites”, even when the distinction between the two was most plain. The jewish nature of “liberalism” and Auster’s attempt to disguise it was evident, for example, in a key idea he often cited and immodestly referred to as Auster’s First Law of Majority-Minority Relations in Liberal Society. Roughly stated, the idea is that the worse “minorities” behave the more compelled “the majority” is to excuse them. Just so. Auster never tried to explain how this came to be. He apparently conceived it to apply only to certain “minorities” he himself liked to criticize. When pressed as to how his Law related to the jews he behaved very badly and excused them.

Auster very often distinguished between what he called “left-liberals” and “right-liberals”, but because he would not distinguish Whites from jews (except to defend jews) he almost never discussed the obvious differences between White and jewish “liberalism”. The one occasion I’m aware of where Auster did demonstrate that he could see the distinction was in an exchange with tribemate Paul Gottfried. Note how they still maintained the absurd pretense that the nature of the distinction is religious rather than racial:

You have often told me that Protestant liberals are worse than Jewish liberals, and I never quite understood what you meant by this. But now I think maybe I see it.

What distinguishes Jewish liberalism from Protestant liberalism is the following.

Here we see the true “liberal” essence of so much of the complaints about “liberalism”. It has nothing to do with jewish rule, the jewish critics of jewish “liberalism” say, it’s all Whitey’s fault.

14 thoughts on “Liberalism as a Death Wish”