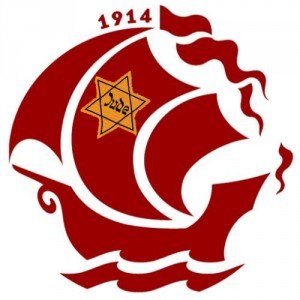 Dylan Byers, an ambiguous jew who tends to focus on jewcentric controversies, has been following the latest show-uh at The New Republic like a vulture. The following excerpts from Byers convey the highlights.

Franklin Foer and Leon Wieseltier, the top two editors at The New Republic, quit on Thursday amid a shakeup that will relocate the Washington-based magazine to New York City

[Chris] Hughes, a Facebook co-founder, bought The New Republic in 2012 at the age of 28 with ambitions of restoring its esteemed place in Washington media. Instead, TNR failed to hire marquee names, struggled to attract advertisers and failed to gain a prominent place in the conversation.

In more recent months, Hughes has been working on plans to turn the once-venerable liberal magazine into a “digital media company,” an ambiguous proposal that left many staffers there uncertain about the future of the publication.

Through its history, The New Republic has been a vehicle for progressive thinking, while priding itself on a willingness to challenge liberal orthodoxy, from the left or right. In its early decades, it provided intellectual fuel for the emergence of the United States as an international force. And in recent decades, particularly after the 9/11 attacks, it continued to urge a robust foreign policy, even endorsing the 2003 invasion of Iraq.

“From its founding in 1914, The New Republic has been the flagship and forum of American liberalism. Its reporting and commentary on politics, society, and arts and letters have nurtured a broad liberal spirit in our national life,” the statement continues.

These lists of names are even jewier than the lists which came out during the Journolist scandal. I use the term jewsmedia for good reason. The mainstream corporate media is chock full of jews. Even the key figures who aren’t jews defer to the jews once they reach a consensus and start screeching about something in unison, as they have in this case.

The shakeup at TNR is creating such “anger” “shock” and “outrage” and getting as much notice as it is only because so many jews are involved. And that is not all. Jewsmedia jews are perpetually shocked, angered, and outraged about something or other, but their angst in this case is particularly poignant. That’s because Chris Hughes, the queer Facebook billionaire who owns TNR and made the decisions triggering all this very jewy whining and rending of garments, is a very goyish-looking goy.

“Anti-semitism” is the usual excuse jews make for throwing tantrums like this. In this case they already tried that and it already flopped. About two years ago there was a similar show-uh over changes Hughes was making at TNR. Back then “anti-semitism” was front and center, but “liberal” jews like Jonathan Chait and Jacob Heilbrunn mocked the “conservative” jews at The Washington Free Beacon for overreacting. This time around it’s “liberal” jews like Chait stomping their feet, and the “conservative” jews at the Beacon are mum.

In fact, that brings up another notable aspect of this latest swarm of angry jews. Like any swarm of angry jews really, it crosses and confounds the usual partisan “liberal” and “conservative” lines. For instance, from the descriptions above you might believe that TNR is a decidedly “liberal” institution. But here’s how “liberal” jew Philip Weiss describes it:

The New Republic has for forty years been a bastion of the Israel lobby.

This is a landmark in the era of the Jewish establishment. It’s petering out in an elite generation of far greater diversity. The New Republic had been supported by one neocon after another, from Michael Steinhardt to Bruce Kovner to Roger Hertog. For years the magazine helped impose its litmus test within the mainstream media: You must be a Zionist to write about the conflict; and if you’re not, then keep your mouth shut.

In other words, minus the jews there is literally nothing else to see here. The jewsmedia has for decades cheered on this frenetic globalist-capitalist economy in which corporations are bought and sold, shutting down and moving operations as a matter of course. When it’s goyim getting pink slips or being replaced it’s a non-story – the jewsmedia is apathetic or even antipathetic. But in perfectly typical fashion, when it finally comes around to them the jews exaggerate their suffering. The fact is that most of them left TNR on their own, probably because they prefer the jewy environs of Washington to the jewy environs of Jew York City, and probably, for the jews at least, because they know they’ll have an easy time finding work elsewhere in the jewsmedia.

8 thoughts on “The Jew Republic Cabal Swarms Forth”