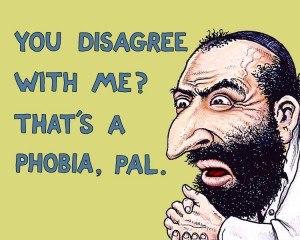 Democratic (((pundits))) are calling on their party to court working-class and non-coastal whites in the wake of this month’s electoral rout. But the Democratic Party is now dominated by identity politics, which defines whites, particularly heterosexual males, as oppressors of every other population in the U.S. Why should the targets of such thinking embrace an ideology that scorns them?

The most absurd Democratic meme to emerge from the party’s ballot-box defeat is the claim that it is Donald Trump, rather than Democrats, who engages in “aggressive, racialized discourse,” in the words of a Los Angeles Times op-ed. By contrast, President Barack Obama sought a “post-racial, bridge-building society,” according to New York Times reporter Peter Baker. Obama’s post-racial efforts have now “given way to an angry, jeering, us-against-them nation,” writes Baker, in a front-page “news” story.

[Ta-Nehesi] Coates’s melodramatic rhetoric comes right out of (((the academy))), the inexhaustible source of Democratic identity politics. The Democratic Party is now merely an extension of (((left-wing))) campus culture; few institutions exist wherein the skew toward Democratic allegiance is more pronounced. The claims of life-destroying trauma that have convulsed (((academia))) since the election are simply a continuation of last year’s campus Black Lives Matter protests, which also claimed that “white privilege” and white oppression were making existence impossible for black students and (((other favored victim groups))).

Hillary Clinton employed classic Democratic “racialized discourse” throughout the campaign. During a Democratic presidential primary debate in January 2016, Clinton agreed that it was “reality” that police officers see black lives as “cheap.” In a February debate, she accused Wisconsin, along with other states, of “really systemic racism” in education and employment. In July she called on “white people” to put themselves in the shoes of African-American families who “need to worry” that their child will be killed by a police officer. When Clinton called half of Trump’s supporters “racist, sexist, homophobic, xenophobic, Islamaphobic—you name it” who belonged in a “basket of deplorables,” she was speaking the language of (((the academy))), now incorporated into (((the Democratic worldview))).

Mac Donald attempts to spin the conflict as a black war on Whites, but the Clinton campaign was speaking the anti-White language of jews.