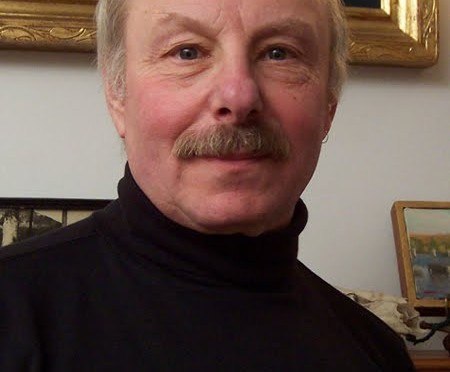 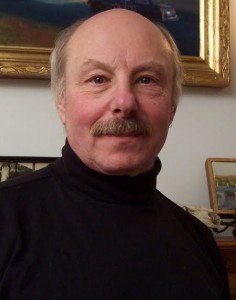 Jewish “social critic” James Howard Kunstler has specialized in ridiculing suburbia while paying relatively little attention to the non-White immigration, non-White sociopathy, and forced integration motivating Whites to flock there. The disproportionately jewish race-hustlers, developers, and financiers enriching themselves in the process also get a pass. Kunstler’s made a living hyping a variety of threats, like Y2K and depleted uranium, and warning most recently that “peak oil” will cause a “long emergency”. The effect, if not intent, has been to direct attention away from the more immediate and more substantial problems for more Americans, especially White Americans – the displacement and dispossession caused by genocidal levels of immigration and systemic financial fraud, each fueling the other.

Lately Kunstler has been keeping a nervous eye on a particular facet of the fraud. In Thinking the Unthinkable he writes:

How bad is the situation ‘out there’ really? In my view, things are veering toward such extreme desperation that the US government might fall under the sway, by extra-electoral means, of an ambitious military officer, or a group of such, sometime in the near future. I’m not promoting a coup d’etat, you understand, but I am raising it as a realistic possibility as elected officials prove utterly unwilling to cope with a mounting crisis of capital and resources. The ‘corn-pone Hitler’ scenario is still another possibility – Glen Beck and Sarah Palin vying for the hearts and minds of the morons who want ‘to keep gubmint out of Medicare!’ – but I suspect that there is a growing cadre of concerned officers around the Pentagon who will not brook that fucking nonsense for a Crystal City minute and, what’s more, would be very impatient to begin correcting the many fiascos currently blowing the nation apart from within. Remember, today’s US military elite is battle-hardened after eight years of war in Asia. No doubt they love their country, as Julius Caesar and Napoleon Bonaparte loved theirs. It may pain them to stand by and watch it dissolve like a castle made of sugar in a winter gale.

I do believe it might pain Kunstler to watch israel dissolve. It certainly doesn’t pain him to watch and snark at “the morons” while it happens to America. Does he think what Goldman Sachs and friends have been doing is unethical, unfair, unjust, immoral, illegal, indefensible, or just plain slimy? Maybe. But for sure he’s concerned how the rubes will react when they find out. He’s afraid it might be bad for jews. And he thinks that’s unthinkable.

This isn’t the first time Kunstler has expressed such fears. Hunter Wallace (formerly Prozium) wrote about Kunstler in Cornpone Nazism toward the end of July, linking to a Kunstler essay titled Evil Syndicated. I’ll excerpt a few bits to illustrate how Kunstler recognizes Goldman is creating a problem, but that the real problem is the potential backlash.

By now, everyone in that fraction of the world that pays attention to something other than American Idol and their platter of TGI Friday’s loaded potato skins knows that Goldman Sachs has been caught at another racket in the stock market: front-running trades. What a clever gambit, done with the help of the markets themselves – the Nasdaq in particular – in which information on trades is held back a fraction of a second from public view, while the data is shoveled to the computers of privileged subscribers who can execute zillions of programmed micro-trades before the rest of the herd makes a move. This allows them to vacuum up hundreds of millions of dollars by doing absolutely nothing of value.

Don’t mistake Kunstler’s accurate description here for disapproval. If anything he sees it as a “clever” way to shear “the herd”.

In any sensible society – i.e. a society with an instinct for self-preservation – it would be against the law and the people doing it would be sent to prison.

Maybe the larger question is: since when did we become a society lacking the instinct for self-preservation – that is, a society bent on suicide?

Yes, a sensible society would have stopped Madoff and Hasan too. Whites have an instinct for self-preservation. We express it all the time, even though doing so has long been pathologized and is becoming increasingly criminalized. Since when? It’s been getting worse ever since jewish emancipation. The proper word for what’s happening, by the way, is genocide, not suicide. It’s done over our objections. Jews like Kunstler aid and abet the crime by hyping symptoms rather than causes, and misdirecting blame. They see “anti-semitism” everywhere because they’re not suicidal.

I think the larger question for Kunstler is: what’s best for jews? The larger question for me is: when will Whites take note of this jewish obsession with themselves and their own interests? And when will we see through the dissembling of jewish “social critics” who ridicule and pathologize everything we do to resist what they misrepresent as “suicide”?

As we turn the corner toward autumn, President Obama looks increasingly like a dupe, a tool, or a co-conspirator of Goldman Sachs.

What bothers me is that, sooner or later, the conduct of Goldman Sachs will lead the growing ranks of the unemployed, foreclosed, disentitled, and hopeless into the hands of a savage right wing seeking mindless vengeance, for instance, against “the Jews,” (as represented by Goldman Sachs), or brown-skinned people (as embodied by a vilified president).

What bothers me is that Kunstler is saying that blaming the group who is responsible is “mindless”, because he’s acutely mindful that it might be bad for “the jews” and “brown-skinned people”. Note however that even as Kunstler does this he feels perfectly free casting aspersions on Whites (as represented by “the savage right wing”), and white-skinned people (as embodied by the “evil syndicated”/”cornpone nazis”). What we have here is a conflict of group interests. Rather than addressing it honestly Kunstler tries to obscure and caricaturize it, advising those who already have their hands on “the growing ranks of the unemployed, foreclosed, disentitled, and hopeless” how to best manipulate them.

Readers of this blog know I’m allergic to conspiracy theories. But surveying the scene out there, it is hard to not conclude that Goldman Sachs has become the “front-runner” of a criminal syndicate defrauding US taxpayers.

There you go. One last kick in the nuts for the evil morons. Pay no mind to the hedge fund managers who might be called to account for ripping off the evil morons, if only in Kunstler’s nightmares.

Kunstler’s not the only “social critic” who’s thinks it’s important to suppress/redirect the backlash.

The memory that comes to my mind — I don’t want to press the analogy too hard, but I think it’s worth thinking about — is late Weimar Germany. There were people with real grievances, and the Nazis gave them an answer. ‘It’s the fault of the Jews and the Bolsheviks and we’ve got to protect ourselves from them, and that will take care of them.’ And you know what happened…

[…]Germany in the 1920s was at the peak of Western civilization. A decade later, it was at the pits of human history.

Chomsky’s characterization of those two decades is from a jewish point of view, which is likely the opposite of how a contemporary native German would have described them.

Unless an answer can be given to these people, unless they can be led to understand what’s really happening to them, we could be in for trouble.

“We” could be in for trouble? Me and mine are already in trouble. We are ruled by a corrupt and illegitimate regime whose highest priority is to drown us in “people of color”, each and every one of which is afforded special rights over Whites. To even question this is considered a crime. Why should we care about the trouble the fraudsters and the “social critics” spinning excuses for them might suffer? They don’t care about our troubles.

29 thoughts on “Who Thinks Thinking is Unthinkable and Why”