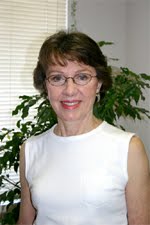 6 thoughts on “Talking with Carolyn Yeager”