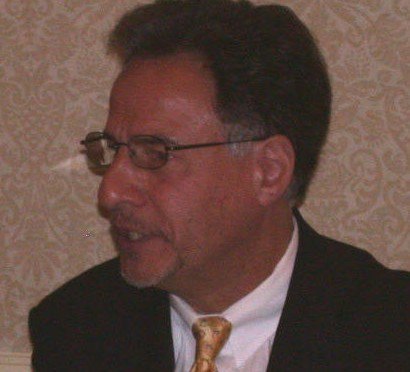 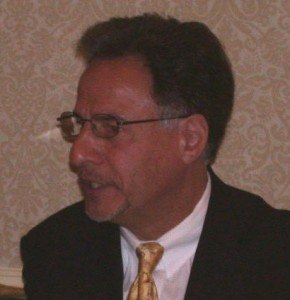 In a rare experiment in candid public discourse about America’s changing demography, American Jewry needs to toss reticence and evasion to the winds, stop censoring ourselves for fear of offending the entirely imaginary arbiters of civic virtue, and bluntly and publicly pose the same questions we anxiously ponder in private.

But we should ask the hard questions no matter what, recognizing that only straight talk will get us anywhere. We cannot consider the inevitable consequences of current trends � not least among them diminished Jewish political power � with detachment. Our present privilege, success, and power do not inure us from the effect of historical processes, and history has not come to an end, even in America.

Abandoning the Field to Nativism and Xenophobia

Not far down the list of awful consequences, our unspoken acquiescence leaves the anti-determinist camp, with some notable exceptions (such as the thoughtful and moderate Center for Immigration Studies), largely in the hands of classic anti-immigrant, xenophobic, and racist nativist forces. The white “Christian” supremacists who have historically opposed either all immigration or all non-European immigration (Europeans being defined as Nordic or Anglo-Saxon), a position re-asserted by Peter Brimelow, must not be permitted to play a prominent role in the debate over the way America responds to unprecedented demographic change.

What are some of those large vexing questions we would prefer not to speak aloud? Let’s throw out a few and see how many sleepers we can awaken. The big one for starters: is the emerging new multicultural American nation good for the Jews? Will a country in which enormous demographic and cultural change, fueled by unceasing large-scale non-European immigration, remain one in which Jewish life will continue to flourish as nowhere else in the history of the Diaspora? In an America in which people of color form the plurality, as has already happened in California, most with little or no historical experience with or knowledge of Jews, will Jewish sensitivities continue to enjoy extraordinarily high levels of deference and will Jewish interests continue to receive special protection? Does it matter that the majority non-European immigrants have no historical experience of the Holocaust or knowledge of the persecution of Jews over the ages and see Jews only as the most privileged and powerful of white Americans?

Facing Up to the Gradual Demise of Jewish Political Power

Not that it is the case that our disproportionate political power (pound for pound the greatest of any ethnic/cultural group in America) will erode all at once, or even quickly.

It is also true that Jewish economic influence and power are disproportionately concentrated in Hollywood, television, and in the news industry, theoretically a boon in terms of the formation of favorable public images of Jews and sensitizing the American people to issues of concern to Jews.

Supporting Immigration by Reducing Its Scale

It is also, frankly, in our own best interest to continue to support generous immigration. The day may come when the forces of anti-Semitic persecution will arise once more in the lands of the former Soviet Union or in countries of Eastern Europe and Jews will once again need a safe haven in the United States. The Jewish community requires this fail-safe. We will always be in support of immigration; the question is whether it should be open-ended or not? The question is what constitutes the smartest approach to supporting immigration?

Our current policies encourage the balkanization that results from identity politics and the politics of grievance.

We Jews need to be especially sensitive to the multinational model this crowd (many of them Jewish) is promoting. Why? Because one person’s “celebration” of his own diversity, foreign ties, and the maintenance of cultural and religious traditions that set him apart is another’s balkanizing identity politics. We are not immune from the reality of multiple identities or the charge of divided loyalties, a classic staple of anti-Semitism, and we must recognize that our own patterns are easily assailed, and we need to find ways of defending them more effectively as the debate goes on.

For Jews, it is at best hypocritical, and, worse, an example of an utter lack of self-awareness, not to recognize that we are up to our necks in this problem. This has been especially true once we were sufficiently accepted in the United States to feel confident enough to go public with our own identity politics. But this newfound confidence carries its own costs; people are observing us closely, and what they see in our behavior is not always distinct from what we loudly decry in others. One has to be amused, even amazed, when colleagues in the organized Jewish world wring their hands about black nationalism, Afrocentrism, or with cultural separatism in general � without considering Jewish behavioral parallels. Where has our vaunted Jewish self-awareness flown?

I’ll confess it, at least: like thousands of other typical Jewish kids of my generation, I was reared as a Jewish nationalist, even a quasi-separatist. Every summer for two months for 10 formative years during my childhood and adolescence I attended Jewish summer camp. There, each morning, I saluted a foreign flag, dressed in a uniform reflecting its colors, sang a foreign national anthem, learned a foreign language, learned foreign folk songs and dances, and was taught that Israel was the true homeland. Emigration to Israel was considered the highest virtue, and, like many other Jewish teens of my generation, I spent two summers working in Israel on a collective farm while I contemplated that possibility. More tacitly and subconsciously, I was taught the superiority of my people to the gentiles who had oppressed us. We were taught to view non-Jews as untrustworthy outsiders, people from whom sudden gusts of hatred might be anticipated, people less sensitive, intelligent, and moral than ourselves. We were also taught that the lesson of our dark history is that we could rely on no one.

I am of course simplifying a complex process of ethnic and religious identity formation; there was also a powerful counterbalancing universalistic moral component that inculcated a belief in social justice for all people and a special identification with the struggle for Negro civil rights. And it is no exaggeration to add that in some respects, of course, a substantial subset of secular Jews were historically Europe’s cosmopolitans par excellence, particularly during the high noon of bourgeois culture in Central Europe. That sense of commitment to universalistic values and egalitarian ideals was and remains so strong that in reliable survey research conducted over the years, Jews regularly identify “belief in social justice” as the second most important factor in their Jewish identity; it is trumped only by a “sense of peoplehood.” It also explains the long Jewish involvement in and flirtation with Marxism. But it is fair to say that Jewish universalistic tendencies and tribalism have always existed in an uneasy dialectic. We are at once the most open of peoples and one second to none in intensity of national feeling. Having made this important distinction, it must be admitted that the essence of the process of my nationalist training was to inculcate the belief that the primary division in the world was between “us” and “them.”

I say all this merely to remind us that we cannot pretend we are only part of the solution when we are also part of the problem; we have no less difficult a balancing act between group loyalty and a wider sense of belonging to America. That America has largely tolerated this dual loyalty � we get a free pass, I suspect, largely over Christian guilt about the Holocaust � makes it no less a reality.

At the very least, as the debate over multinational identity rises, I hope the Jewish community will have the good sense not to argue in favor of dual citizenship and other such arrangements. I would also advocate that those who possess dual citizenship to relinquish it in order not to cloud the issue and to serve the best interests of the American Jewish community and of American national unity. The recent case of the Israeli teenager who committed a murder in suburban Maryland (his victim was a young Latino) and fled to Israel, where he was permitted to remain despite attempts at extradition by U.S. prosecutors, with considerable congressional support, must never be repeated. That incident inflicted serious damage on Israel’s good name, and it shapes the public’s perception of Jews as people in a special category with additional rights who have a safe haven where they can escape the reach of American justice.

Dr. Stephen Steinlight was for more than five years Director of National Affairs (domestic policy) at the American Jewish Committee. For the past two and a half years he has been a Senior Fellow at AJC.

It is a long piece and there is much more, but that is enough for the following analysis.

Steinlight acknowledges that jews have enormous power. He is both a representative and spokesman of that power, which he wants jews to retain and even increase. To accomplish this he believes jews should advocate more openly and loudly, be more self-aware and self-concerned, strengthen their identity and engage more actively in identity politics, and continue to create and maintain “safe havens” for themselves. He says this even as he pathologizes and demonizes others, especially Whites, for thinking or doing anything similar, or for that matter objecting in any fashion to jews doing any of this.

Steinlight’s critique is a call to action for his fellow jews, who in his mind aren’t working smart or hard enough in pursuit of their own collective best interests. His thoughts, on the surface riddled with contradiction and hypocrisy, only appear that way to those who will not see how they are rooted in the ruthless pursuit of answers to a single burning question: What is best for the jews?

Furthermore, and more to the point for those of us who aren’t jews, Steinlight sees the best interests of others as, at best, in conflict with, and at worse, as a threat to the interests of jews. Us and our interests are trifles, of no consequence whatsoever except to the extent we can be co-opted, manipulated or otherwise exploited as he and his tribe see fit.

9 thoughts on “Stephen Steinlight on Jewish Power and Interests”