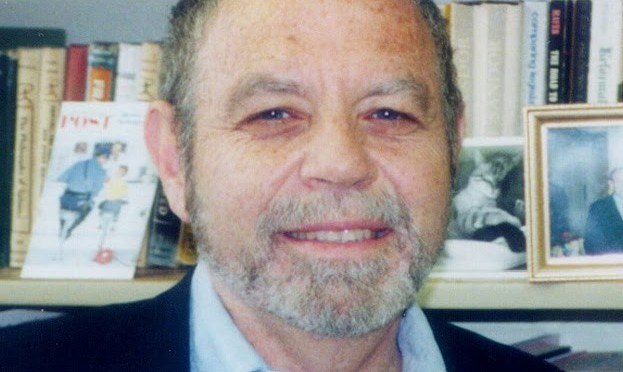 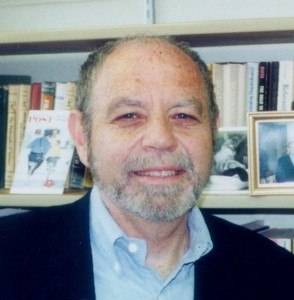 In The Myth of “Judeo-Christian Values”, Paul Gottfried writes:

Although I agree with Larry [Auster] about the need for a moratorium on immigration, particularly from Latin America, and although I share his view that decadent, childless Europeans are committing physical and demographic suicide by repopulating their countries with lower-class Muslims, who often incline toward Islamic Fundamentalism, I strongly dissent from his unqualified generalizations about adherents of Islam.

I am not suiciding myself and I don’t know anyone who is. What Gottfried misidentifies as “suicide by repopulating their countries” is actually genocide by immigration. It is being imposed on lots of people I do know who don’t want it by a class who most certainly do not see themselves as “us” or these countries as “ours”. It is rationalized and excused by a number of specious arguments, the most effective of which is that any substantive resistance to this supposed “suicide” makes you a horrible, immoral, ignorant person – a “racist” or “nazi”. You’re a mortal threat to the interests of “minorities”.

Jews, of course, are the prototypical threatened minority, with a mind boggling disproportion of wealth and over-representation in Western media and politics. That’s why anyone who stands against this so-called “suicide” is called a “nazi” – whether or not they have any knowledge of “nazi” history or jewish power. Whites may be ignorant of our interests, but jews are not ignorant of theirs, and they don’t hesitate to use their power to viciously attack anyone they perceive as an enemy.

Neither Gottfried nor Auster are powerful, in part because they oppose immigration. Despite their differences on muslims both feel free to make unqualified negative generalizations about Whites. Both scapegoat us for “suiciding” ourselves. Both talk about and even criticize jews, but ultimately excuse them and blame Whites instead.

Larry might wish that Jews thought differently about Christian believers since he himself is one, but alas most of them don’t. Jewish organizations here and in Europe view Christians as people whose exaggerated guilt over the Holocaust can be channeled into support for the Israeli government. Prominent Jewish groups, such as the World Jewish Congress, the Canadian Jewish Congress, and the Anti-Defamation League, show nothing but indifference or hostility to the continued existence of Christian institutions in what used to be Christian countries.

This isn’t about religion. Christianity here is nothing but a proxy for Whiteness, and Gottfried and Auster both know it.

Those same prominent jewish groups joined with muslims and the Catholic Church, the media, and the EU ruling caste to condemn a popular, secular Swiss vote banning minarets. Led by jewish example and jewish rhetoric they all take the slightest indication that the Swiss want Switzerland to remain Swiss as a sign of “nazism”, which they see as a mortal threat. Never mind the mortal threat to the Swiss. In this and dozens of recent examples across the West, opposition to genocidal levels of immigration is more and more explicitly described as bad for jews and the alien migrants they identify and sympathize with. The rationale is that such opposition threatens them with genocide.

The impact of this inversion of reality isn’t anti-Christian, it’s anti-White. Even when White opposition to immigration is deracinated and expressed in terms of law, economics, or culture the genocidal immigrationists shamelessly inject their own ethnic and racial interests into the debate while accusing the White opposition of disguising “racist” motives.

I’m not as familiar with Gottfried, but I know Auster follows European politics almost as closely as he follows domestic American politics. His main concern isn’t religion. It’s “anti-semitism”. If he gets the slightest whiff that a person or organization opposes jewish interests, explicitly or not, it doesn’t matter whether they are good Christians, dislike muslims, or agree with him on every other point of his pro-jewish worldview.

There might well be problems with the liberal ideas that Jews have supported until now, but it is simply wrong to pretend that Jewish liberals act from liberal motives that have nothing to do with their Jewish fears and hostilities. I’ve never met a Jewish liberal whose leftist politics was not in some way connected to his self-identity as a Jew.

Auster only poses as an anti-“liberal” “conservative”. His preoccupation is with defending jewish interests. His opposition to immigration into the West is based primarily on it being bad for jews. His dissembling about “liberalism” and “judeo-Christian” heritage is only part of his deliberate and more general conflation of White and jewish interests. Gottfried likewise but less blatantly poses as a “conservative” against “liberalism”. Together he and his friend Auster demonstrate that self-identity as a jew is not only connected to “liberals” and leftist politics.

I’ll conclude with an exchange in June 2009 between these two hyper-conscious jews about how jews are innocent and Whites (disingenously euphemized first as “Protestants”, then as “Christians”, and finally as the “white gentile majority”) are to blame, excerpted from Black racial preferences at Annapolis; and a conversation with Paul Gottfried about white guilt,, Jews, and Protestants (Auster’s emphasis):

Let me see if I can reconcile these statements.

You seem to be saying that the egalitarian fiction (the races are equal in capacities, so blacks’ backwardness must be due to white racism) is the source of white guilt, but that the energy pushing this guilt and never giving it a rest is the projection of Christian spiritual guilt onto secular racial guilt about nonwhites.

Is that an accurate summary of what you’re saying?

However, this leads me to another point, I think I have just finally understood something you’ve been saying to me for a number of years. You have often told me that Protestant liberals are worse than Jewish liberals, and I never quite understood what you meant by this. But now I think maybe I see it.

What distinguishes Jewish liberalism from Protestant liberalism is the following.

Is this what you’ve been saying?

You’ve summed up my views on the differences between Jewish and Christian liberals with more succinctness that I’ve been able to apply to the problem. And your conclusion is spot on. True liberals, who incarnate the Freudian death wish, yearn for the extinction of their ancestral group.

Jews, including “conservatives” like Auster and Gottfried, feel ok about themselves, they think Whites are the problem.

UPDATE 16 April 2010: Alt-Right’s ongoing construction of a fictional Auster is Auster’s lame reply to “ignorant and off-base statements about me”. He complains that:

Every time an article about me appears at Richard Spencer’s website Alternative Right, which is not an infrequent event, it attributes to me, without evidence, without any quotations from my writings, views that I do not have and that I have never stated and that frequently are the opposite of my actual views. There have been so many such false attributions, particularly in Richard Spencer’s long article, “Austercized” (which I only gave a careful reading recently, after Spencer’s podcast interview of me), and in Richard Hoste’s blog entries about me, and it would take so much work and time to reply to them all, and there are so many more pressing and more interesting things to write about, that I’ve put off replying to them so far, though I will try to get around to it.

The latest Auster-critical fantasy fest (or, rather, “Larry”-critical fantasy fest, since the writers at Alt Right do not refer to me by my last name, but as “Larry”) is a 1,600 word article posted yesterday by Paul Gottfried which, without a single quotation of me, attributes to me numerous views that I do not have and have never stated.

Of course whenever I write about Larry I quote him extensively. My frequent critiques of him have been rooted entirely in his views and his arguments. It has never stopped him from writing any number of ignorant and off-base statements about me.

Beyond his wild mischaracterizations of my views, of which I’ve only touched the surface, is a much more consequential matter. Gottfried’s main point in this vile and incoherent article is to drive a wedge between Jews and Christians, to make Christians feel that Jews are a greater threat to the West than Muslims are.

The quotes Auster provides and his statement of his “real” views do not demonstrate any “wild mischaracterizations” made by Gottfried. And Auster provides no quotes in support of his own wild mischaracterization of Gottfried’s main point, which Gottfried put right in his title: The Myth of “Judeo-Christian Values”. Gottfried is accusing Larry of mischaracterizing the history of European/jewish relations. The only real flaw with that criticism is that Gottfried neglects to add that many other jews and zionist Christians join Larry in that mythologizing. “Judeo-Christian” rhetoric is the norm, not the exception, and in fact the only politically correct, mainstream, “liberal” view of “judeo-Christian” history is one in which jews have always been the completely innocent victims of undeserved persecution, repeatedly perpetrated by envious, irrational, and ignorant Europeans.

As usual Auster doesn’t address the criticism that’s actually aimed at him. Instead he complains hypocritically about “personal attacks” and “reckless indifference to factual truth” and changes the subject. And of course the subject that he really wants to talk about is the threat to jews posed by Gottfried’s blunt words concerning their dim views of “Christians”, ie. Europeans.

I’m disgusted by the dissembling coming from both of these jewish “conservative” poseurs, but I’m happy to see so many in the Alternative Right commentariat aren’t fooled.