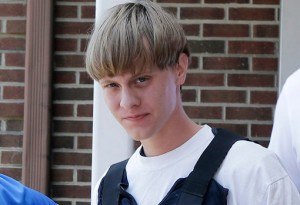 “You rape our women and you’re taking over our country.” – Dylann Roof

It seems a White man has finally fired back in the decades-long war on Whites. The motive Roof purportedly stated, as relayed in early reports, is quickly being buried beneath a public outpouring of loathing aimed at Whites more broadly. The anti-White hostility is coming largely from non-Whites, of course, but much of it is also coming from deracinated Whites, and some even from racially-aware Whites, who should know better.

That much of this hostility originates from and is amplified by the jewsmedia is really just a consequence of jew rule, one indication that “they” have already taken over “our” country. Yet, in spite of the jewsmedia’s modus operandi, their usual attempt to bury what they can and distort what they can’t, a more or less fuzzy awareness of the harm caused by non-Whites still somehow seeps into some White heads.

Some of that awareness comes via first-hand experience. Some by word-of-mouth. The majority is undoubtedly spreading via social media and the internet more generally. Likewise what we know about Roof. At this point it’s difficult to know exactly what Roof thought. We should discover more during his trial, assuming he is ever afforded an opportunity to speak. Frankly, I wonder less about why Roof acted as he did than why there aren’t more Whites doing so. I don’t wonder if the jews will let a good crisis go to waste rather than using it as a pretext to ban the “hate” speech and guns they’re always looking to ban anyway.

For the jewsmedia it hardly matters that Roof appears White and is at least somewhat racially conscious. Their anti-Whiteness is ineffable and irrepressible. This was evident, for example, in the anti-White assumptions and speculations that they so freely expressed about the Beltway snipers and the Boston bombers before the perpetrators were identified. In George Zimmerman’s case they maintained their anti-White narrative even after it was visibly demonstrated to be false. With Roof they’ve only finally found the Great White Perp they’ve long been crying about. And even in this case, what Roof is accused of pales in comparison to the mountain of White casualties who have been targeted quite deliberately for rape, beatings, and murder by non-Whites. The jewsmedia derides and minimizes even the most common and blatant portion as “the Knock-out Game” – it’s just a game, goyim, only “racists” care about such things.

It’s also hardly surprising that non-Whites in general, who usually have nothing more to whine about than “micro-aggressions” and “cultural appropriation”, are once again suddenly interested in appropriating the White concept of justice from the “White supremacist” “oppressors” they insist on living amongst. Even when it’s one of their own who stands accused they think, speak, and organize monolithically, along racial lines – so there really is no difference here. As absurd as they may believe race is, they’ve accepted their assigned place in the jew-led anti-White “people of color” coalition. Nobody really cares what they think, especially not in the judaized overclass. And Whites shouldn’t.

What disturbs me most about the shooting is the reaction of Whites. I understand that most Whites are deracinated. They feel leaderless and powerless, able only to witness with a vague foreboding what they see going on around them. They may understand that something has gone horribly wrong in what used to be their country, but they’re too busy or afraid to think too deeply about it. They hear the drumbeat of the anti-White jewsmedia, but don’t consciously associate the animus as coming from the jews. To the extent they even think about jews they imagine them as some exotic kind of “white”. Thus when they hear the jewish narrative blaming all the problems on “racism”, effectively blaming Whites and only Whites, they internalize and adopt that poisonous attitude as their own. The demoralizing, pathological effects of this are visible every day, not only in the jewsmedia headlines, but on the internet, and in our face-to-face interactions with family and friends.

Among the most disturbing reactions are those coming from some race-aware Whites, as if their main concern is to openly condemn Roof or his actions. Perhaps they believe this will help either themselves or Whites generally. It won’t. They know, or should know, about the jewsmedia poison. That non-White anti-White hostility is implacable. That Whites need positive, unapologetic leaders. That White concerns and morality, starting with the very definition of right and wrong, can only be legitimately rooted in what is healthy or unhealthy for Whites, as a group. That the utopian “liberal” (now “conservative”) dream of creating a race-blind society has not only failed, but can never work, no matter how hard Whites try. That non-Whites, led by the hyper-self-interested jews, wouldn’t let it work even if it could, even if Whites foolishly continued to try to include and tolerate everybody. That instead Whites are being destroyed in the attempt.

Dylann Roof didn’t cause any of this to happen. His actions haven’t made any of it worse either, but only concentrated and revealed the anti-White miasma that what was already there. Like a lightning rod. How everyone else reacts when the lightning strikes is their own choice, and their own responsibility.

42 thoughts on “Dylann Goes Through the Roof”