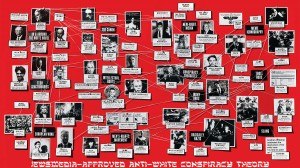 Beyond Alt: Understanding the New Far Right presents a concentrated glop of typically neurotic jewsmedia psychoanalysis and psychopathologization targeting Whites. The main concern is to explain how the relatively mild-mannered Tea Party reaction has transformed into the much more outspoken race-conscious and jew-aware alt-right reaction:

Reactionary energy helped deliver all three branches of government to a Republican Party in the grips of an alt-right-curious anti-PC bomb-thrower the faithful called their “god-emperor” (or at least helped him along with last year’s affirmative action for white people, a.k.a. the Electoral College). But at no point during the campaign, even, could you have mistaken the unruly energy on the right for anything so organized as a party or as purposeful as a protest movement. It was — and is — a counterculture. One formed in the spirit of opposition to everything the existing Establishment stood for: globalist, technocratic liberal elitism. The amazing thing is, in November, for the first time in American electoral history, the counterculture won everything.

So what follows here is an attempt to really reckon with the alt-right and its fellow travelers: to organize and catalogue influences, philosopher-kings, and shit-posting foot soldiers; to track the movement’s history, its future, and the story of how the modern internet made it possible; to study its grievances, its media savvy, its symbols, its heroes and villains, its president and its critics of the president, its billionaire supporters and the underemployed message-board-dwelling “advocates” who serve as its creative engine. The movement is not a monolith — though it would also never be mistaken for a rainbow coalition — and part of what we’ve focused on is just how the various wings work together in concert.

The two recurring key words are White and reaction. The attitude shared by all the cited “experts” is unapologetically anti-White, their common theme being that they deplore Whites and White behavior. Even the cited “experts” who aren’t explicitly anti-White don’t have any problem associating with those who are. And despite the fact that the reaction they are talking about is decentralized and disorganized, and thus amorphous and incoherent, the anti-White consensus is that they are in fact talking about a collective White phenomenon.

What these full-time thinkers and writers have trouble explaining is why their White enemy is reacting, and what Whites are reacting to. I say what’s happening can be explained very concisely, and in plain language: Whites are reacting to jewing, and more specifically, Whites are reacting to a jew-led war on Whites. It is not so clearly stated in the jewsmedia exactly because the jews wage war by deception. The constantly stated imperative to “combat racism and anti-semitism” is as close as the anti-White/pro-jew regime gets to an open and forthright declaration of war.

While anti-Whites explicitly fault Whites for reacting, most also at the same time pretend there is no organized, collective, hostile anti-White force causing this reaction. It just happens. These professional anti-White combatants like to pretend Whites only imagine there is a war on Whites. Even more often they pretend that what’s happening is actually a White war on them, projecting their own group consciousness and motivations onto Whites. Though Whites are relatively confused and clueless, anti-Whites fear what might happen if Whites ever actually start to think and organize to the extent they themselves do.

The portion of this particular jewsmedia effort which best illustrates what I’m talking about is titled Fourteen Scholars on the Roots of the New Reactionary Rage. The “scholars” are actually racial partisans, professional non-Whites and/or anti-Whites, mostly jews and blacks. Undoubtedly the nymag.com editors solicited and published this anti-White perspective because they share it.

Among the most glaring language:

Everything has been infected by this notion of white identity politics.

the strain that holds everything together — say, anti-communism, anti-women’s rights, anti-unionization — is the foundation of white supremacy

But it was life-long professional jew Leon Wieseltier who very succinctly captured the essence of the war on Whites, how jews wage war under cover of this narrative which inverts cause and effect, and their fear of this truth coming to light:

What’s crushing to me about them is not that they’re all racist or anti-Semitic, because I don’t think that they all are, it’s that for none of them was racism or anti-Semitism a deal breaker. I don’t believe the majority of people in 1933 Germany were anti-Semitic. But for the majority of them anti-Semitism wasn’t a deal breaker. Some of it is about bigotry, some of it is about ideological fanaticism. It’s possible to be anti-government and not racist. The controlling emotions of the alt-right are rage and anger and resentment and fury. It is possible to be critical of the globalization policies of the 1990s without the anti-elitist madman. It is possible to believe that trade deals should include worker protections without becoming haters. But populism is a paroxysm of anger. Populism always passes. It exhausts itself.

It is possible to explain what Whites think and how Whites behave without being anti-White. It is a jew-constructed and jew-serving anti-White narrative that such explanations are perceived as “racism”, or more tellingly, “anti-semitism”. Visible non-Whites have some idea that they’ve got it good, but if Whites stop feeding them they may have it not so good. Jews, in contrast, are driving the whole process, and thus have a much clearer understanding. Jews realize they aren’t White and posture as “white” only to better manipulate and parasitize Whites, to better conduct the very war and feasting upon Whites which is making Whites resentful and angry. What jews fear is Whites clearly understanding this.

19 thoughts on “The Reaction to the War on Whites”