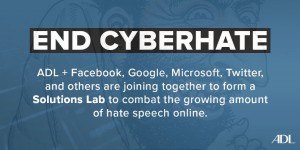 Posis1959 commented on a recent interview on TFeed:

“…that’s because we have this new means of transmitting information, not through sperm and egg, but through words. And once that happens, the need, in inverted commas, to evolve goes almost away. [… ‘speech and language have interfered with natural selection’…] the more you learn about genetics, the less you feel it tells you about what it means to be human…”

Also, there seems to be some nod to the ‘ideas’ apparently propagated in cult book ‘The Language Crystal’ by “Lawrence Lyons”…

The observation is that memes trump genes. This unique aspect of hominins, the communication of ideas, only complements the more general understanding of the evolutionary process rather than contradicting it.

I took Jones as trying to be semitically correct, minimizing the import of hominin genes, which is the norm for contemporary biologists. He did so in other subtle ways, for example by referring to epigenetics, which has been hyped for similar reasons.

Jones’ point was that language is in effect the oldest form of epigenetics, that ideas trasmitted via words serve as a mechanism of unconscious meta-genetic adaptation. But he spoke of it in universalist terms, accepting and promoting the one-race-the-migrating-mixing-nigger-race narrative of jewed anthropology, thus indirectly demonstrating the effect of the mechanism in the course of trying to explain it’s import.

I gather that The Language Crystal gets at this deeper point. Language can also be seen as the oldest form of genetic engineering, in that it has served as a mechanism of conscious adapation. This is especially relevant with regard to race, specifically because the jews have for millennia used language to manipulate non-jews, jew-a-forming the shit out of the hominin gene pool.

Serendipitously, the next audio in TFeed was Oliver on the Jewish Plague: The Summing Up, which provides an overview of the jew problem, and to the point here, the nature of the interplay of memes and genes:

Our race, the White race, evolved in the harsh environment — the forests, plains, mountains, and wide-open spaces — of Europe and environs over long ages, including centuries of intense cold in which intelligent planning was absolutely necessary to survive the winter. In the last few dozen thousands of years, we evolved in relatively fixed dwelling places that eventually came be called “countries,” attached to particular pieces of land, on a continent of very low population density in which the main enemies were the elements and other warlike tribes. High abstract intelligence and high-trust societies were prominent among the biological, evolutionary results. The primary skills of conflict were the martial virtues: One’s enemies were warring tribes who attacked openly, sword in hand.

The Jews, on the other hand, are a largely Semitic and largely nomadic hybrid race of much more recent appearance that emerged in the relatively heavily populated, multiracial, multicultural, and polyglot Middle East, where the climate was much milder and the main problem — for the Jews, at least — was surviving and prospering as a small, stateless group in territories ruled by others. High verbal intelligence and a concealed dual moral code — one for dealing with fellow Jews, another for dealing with the non-Jews in whose societies they lived — were the prominent biological, evolutionary results. Their primary skills of conflict were negotiation, diplomacy, pretense, duplicity, mimicry, and “reading” the psychology of their enemies — who were very seldom sword-wielding invading armies, but rather were the omnipresent non-Jewish peasants and warriors and priests and tradesmen and rulers among whom they lived — and off of whom they fed.

There is a name for the relationship between Jews and people like us. That name is parasitism. . . .

The parasite analogy fits. The jews use moralizing and narrative as well as pheromones and fangs. This complements the general understanding of parasitism rather than contradicting it. There are multiple species of hominin. Though the species called jews have worked hard and obviously benefited by encouraging the mistaken belief otherwise, all you have to do is listen to them when they’re screeching to see they don’t actually believe it.