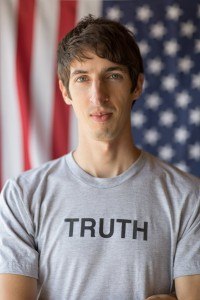 5. Damore, Gudeman, and other class members were ostracized, belittled, and punished for their heterodox political views, and for the added sin of their birth circumstances of being Caucasians and/or males. This is the essence of discrimination—Google formed opinions about and then treated Plaintiffs not based on their individual merits, but rather on their membership in groups with assumed characteristics.

6. Google employees and managers strongly preferred to hear the same orthodox opinions regurgitated repeatedly, producing an ideological echo chamber, a protected, distorted bubble of groupthink. When Plaintiffs challenged Google’s illegal employment practices, they were openly threatened and subjected to harassment and retaliation from Google. Google created an environment of protecting employees who harassed individuals who spoke out against Google’s view or the “Googley way,” as it is sometimes known internally. Google employees knew they could harass Plaintiffs with impunity, given the tone set by managers—and they did so.

8. Not only was the numerical presence of women celebrated at Google solely due to their gender, but the presence of Caucasians and males was mocked with “boos” during company-wide weekly meetings.

36. Google defined “diverse” individuals as women or individuals who were not Caucasian or Asian.

Specifically, Damore mentioned that it seemed like Google was elevating political correctness over merit.

48. Damore ended his memo by addressing the problem in a constructive manner by advocating that Google should treat employees and potential hires as individuals, not members of tribes

60. At the in-person training, entitled “Bias Busting,” Google discussed how biases against women exist in the workplace, and how “white male privilege” exists in the workplace. The training was run by the “Unbiasing Group” at Google, and there were approximately 20 Google employees present. Damore disagreed with this one-sided approach. When Damore verbalized his dissent and his concerns with the one-sided presentation, other employees, including managers, laughed at him derisively. They considered his views to be conservative, and thus flawed and worthy of disparagement.

67. On August 3, 2017 George Sadlier (“Sadlier”), a Director at Google, sent out a mass email condemning James’ essay as “repulsive and intellectually dishonest” and promising an HR investigation into Damore. Sadlier also promoted posts that advocated for physical violence against Damore. Subsequently, On Friday, August 4, 2017, Damore received a late-night email from Alex Hidalgo, a Site Reliability Engineer at Google in Sadlier’s organization, which stated, “You’re a misogynist and a terrible person. I will keep hounding you until one of us is fired. Fuck you.”

72. Wu told Damore he was being terminated for “perpetuating gender stereotypes.”

80. On or about August 20, 2015, Kim Burchett (“Burchett”), an L7 SWE Manager, drafted and published a document on a Google-employees only website, entitled, “Derailing.” This document discussed how individuals might attempt to silence someone’s opinions or distract from someone’s point of view. The document was aimed at Caucasian males, and conflated marginalization with white male privilege. The document essentially claimed through examples that any response but agreement to a statement about bias, prejudice, or privilege was a “derailment.” Reductio ad absurdum, the thesis of this document is that on this one particular set of topics, the left-wing political frame of systematic bias, must always dominate, and the receiver must accept that frame, and its associated worldview, in their response. 81.

Gudeman read this article, and disagreed with its premise, as did many other employees. Gudeman left a comment stating his belief that men “need to understand that [Caucasian males] are the victims of a racist and sexist political movement and it is not their fault.” 82.

Gudeman went on to state that “the point of this document is to disallow any defense at all that a man might make when some woman complains about bias. There is no defense. The woman is always right. The man has no alternative but to submit to her superior moral position. We have a word for that attitude, it’s called ‘sexism.’”

85. Gudeman compared this document to that which “slave owners would have written for their slaves to help them understand how to interact with their masters,” in order to point out prejudices involved with the document

87. Ironically, other Google employees began to “derail” Gudeman’s point of view. Under the guise of advocating for an open dialogue, Burchett merely reported Googlers that disagreed with the thesis of her document, as Gudeman did, to Google management as being “un-Googley.” This further exemplifies the one-sided and flawed mindset of Google—that anyone that disagrees with you is wrong and hateful

93. On November 10, 2016, in response to many Google employee posting on different Google-wide forums regarding their fears about the new administration, Gudeman wrote that anyone “who believes President Trump will be out to get minorities, women or gays has absorbed a lot of serious lies from their echo chamber. And the echo chamber is entirely one sided. You can’t watch TV or go to movies without being constantly confronted with the leftist world view. Leftists can go their whole life never being exposed to the conservative world view except in shows written by people hostile to it.”

94. Gudeman also stated in response to another Google employee that “[i]f you truly think Trump is anything like a Nazi or Isis [sic], or wants to hurt gays, women or the disabled, then you are so badly out of touch it borders on delusional. If you don’t truly believe those things but are saying them anyway then shame on you for trying to stir up fear and hatred.”

101. Gudeman had another conversation with another Google employee on November 10, 2016, where he complained about being a conservative and a Trump supporter. Gudeman pointed out that “Trump supporters are a hated and despised minority at Google. Googlers feel comfortable slandering them in a public forum and assume there will be no consequences.”

111. The Final Written Warning itself repudiated Google’s own policy: “We strive to maintain the open culture often associated with startups 2, in which everyone is a hands-on contributor and feels comfortable sharing ideas and opinions.” Ironically, the Google employee had provided ample evidence that Caucasian males who challenged certain assumptions behind the so-called “social justice” agenda were routinely and unfairly branded as “racists,” “sexists,” or “bigots,” and targeted for severe written abuse and career sabotage.

166. On November 15, 2015, a Google employee complained to Google HR regarding a highly offensive post from an employee in the Developer Product Group. The post stated:

“If you put a group of 40-something white men in a room together and tell them to come up with something creative or innovative, they’ll come back and tell you how enjoyable the process was, and how they want to do it again, but they come up with fuck-all as a result!” (emphasis added.)

167. The Google employee stated that this statement was a violation of the Google Code of Conduct, and was creating a hostile workplace environment as it targeted Caucasians, males, and individuals over the age of 40.

168. Google HR responded: “Given the context of the post and that [the employee’s] main point is to highlight that it is helpful to have diverse perspectives, it doesn’t appear that the post to [sic] violates our policies.”

169. Perplexed, the Google employee responded to Google HR by replacing the term “40-something white men” with “women” and asked how that was not a breach of conduct. Google failed to respond.

170. Google’s lack of response and engagement evidenced Google’s biases and its inability to even recognize them when someone pointed them out. As demonstrated above, Google allowed individuals to insult and discriminate against political conservatives, Caucasians, and males with impunity.

171. A perfect example of Google’s relaxed attitude toward discrimination against Caucasians and males is seen in Burchett’s G+ posts. As seen below, Burchett states that in the promotions committee which she serves on where she helps decide which T5 Engineers are promoted to the T6 level, she stated, “2/4 committee members were women. Yay! 4/4 committee members were white. Boo! 12/15 candidates were white men. Boo!” Further in the thread, Burchett highlights the divisiveness of her original post by noting that it was not fair even to talk about women when “POC” or “people of color” weren’t getting enough airtime in the discussion.

Here is a glimpse into the orwellian culture inside Google and similar tech corporations, which is in turn a reflection of the language and attitudes long incubated in academic weapons labs and dispensed by corporate media. The “diversity and inclusion” mask for the “anti-racist” agenda is slipping, exposing the anti-White racial animus which has always driven it. At it’s very root the “diversity” double-talk at Jewgle is anti-White, just as it is in most jewniversities and the jewsmedia. These institutions are so anti-White because they are thoroughly jewed.

Is there a single Google manager who explicitly identifies themselves positively as a White man? Has anyone ever counted the jews? Damore and Gudeman don’t claim to have done so. It is only for the purpose of this lawsuit that they now claim to be White, and what’s more, to speak for the interests of Whites as a legal class. Previously Damore minimized the importance of race. In his memo and in interviews immediately after his termination he made a point of disavowing “racism” and advocating individualism.

Damore’s memo was primarily concerned with opposing attitudes and policies he perceived as potentially punishing him for being a man. Beyond that he and his most vocal supporters have put special emphasis on ideology, complaining that they are “punished for their heterodox political views”. Their view on race is not heterodox, it’s passe. They prefer the older, less blatantly anti-White “anti-racism”. They won’t say it, but the problem is that version isn’t semitically correct enough any more. No doubt Trump supporters are a hated and despised minority at Google, as Gudeman so knowingly puts it. What goes unsaid, even in this suit, is that the hatred is more racial than political, that it is so freely expressed because “Trump supporter” is understood to mean White.

The suit would have more value to Whites if Damore or Gudeman had been fired for saying something like “jews will not replace us” or “it’s okay to be White”. That would have made the who/whom nature of the hostility more plain. As it is Google’s lawyers can point at statements made by the plaintiffs themselves to make their case that race didn’t have anything to do with their terminations. And after all, they’ll argue, Google can’t possibly be anti-White because its management is stacked with (((fellow Whites)))!

Unfortunately, Damore, Gudeman, and their lawyers are not really trying to challenge semitical correctness. Like Weinstein at Evergreen or Bakke at UCal, they’re looking for some shekels for being mistaken for White.