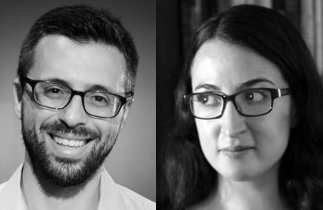 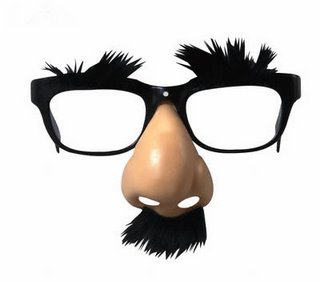 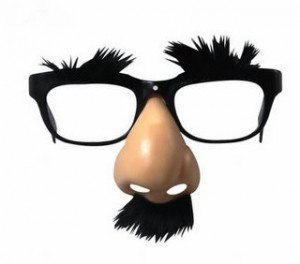 In JournoList: Inside the echo chamber, at Politico, Michael Calderone writes (my emphasis):

Not at all, says Ezra Klein, the 24-year-old American Prospect blogging wunderkind who formed JournoList in February 2007. “Basically,” he says, “it’s just a list where journalists and policy wonks can discuss issues freely.”

But some of the journalists who participate in the online discussion say — off the record, of course — that it has been a great help in their work. On the record, The New Yorker’s Jeffrey Toobin acknowledged that a Talk of the Town piece — he won’t say which one — got its start in part via a conversation on JournoList. And JLister Eric Alterman, The Nation writer and CUNY professor, said he’s seen discussions that start on the list seep into the world beyond.

“I’m very lazy about writing when I’m not getting paid,” Alterman said. “So if I take the trouble to write something in any detail on the list, I tend to cannibalize it. It doesn’t surprise me when I see things on the list on people’s blogs.”

Last April, criticism of ABC’s handling of a Democratic presidential debate took shape on JList before morphing into an open letter to the network, signed by more than 40 journalists and academics — many of whom are JList members.

But beyond these specific examples, it’s hard to trace JList’s influence in the media, because so few JListers are willing to talk on the record about it.

POLITICO contacted nearly three dozen current JList members for this story. The majority either declined to comment or didn’t respond to interview requests — and then returned to JList to post items on why they wouldn’t be talking to POLITICO about what goes on there.In an e-mail, Klein said he understands that the JList’s off-the-record rule “makes it seems secretive.” But he insisted that JList discussions have to be off the record in order to “ensure that folks feel safe giving off-the-cuff analysis and instant reactions.”

One byproduct of that secrecy: For all its high-profile membership — which includes Nobel Prize-winning columnist Paul Krugman; staffers from Newsweek, POLITICO, Huffington Post, The New Republic, The Nation and The New Yorker; policy wonks, academics and bloggers such as Klein and Matthew Yglesias — JList itself has received almost no attention from the media.

A LexisNexis search for JournoList reveals exactly nothing. Slate’s Mickey Kaus, a nonmember, may be the only professional writer to have referred to it “in print” more than once — albeit dismissively, as the “Klein Klub.”

While members may talk freely about JList at, say, a Columbia Heights house party, there’s a “Fight Club”-style code of silence when it comes to discussing it for publication.

But a handful of JList members agreed to talk for this story — if only to push back against the perception that the group is some sort of secret, left-wing cabal.

Several members volunteered that JList is unlike listservs such as Townhouse, the private, activist-oriented group formed by liberal blogger Matt Stoller.

Toobin joined JList about a year ago, and he said that he had to get a new e-mail address just for JList in order to keep up with the sheer volume of commentary that appears there every day. The frequent disputes among members, he said, are “what’s most entertaining on the list.”

John Judis, a senior editor at The New Republic, described JList in an e-mail as “a virtual coffeehouse” where participants get a chance to talk and argue.

“There is probably general agreement on the stupidity of today’s GOP,” he said. “But beyond that, I would say there is wide disagreement on trade, Israel, how exactly we got into this recession/depression and how to get out of it, the brilliance of various punk bands that I have never heard of, and on whether, at any given moment, the Obama administration is doing the right thing.”

But aren’t there enough forums for arguing about domestic and foreign policy — or even for partaking in the more idiosyncratic JList debates about the merits of Bruce Springsteen and whether The New Republic is liberal enough? And do those debates really have to happen behind a veil of secrecy?

“It’s sort of a chance to float ideas and kind of toss them around, back and forth, and determine if they have any value,” said New Republic associate editor Eve Fairbanks, “and get people’s input on them before you put them on a blog.”

Indeed, the advantage of JList, members say, is that it provides a unique forum for getting in touch with historians and policy people who provide journalists with a knowledge base for articles and blog posts.

Yglesias, who writes an eponymous blog hosted by the Center for American Progress, noted that “the combined membership has tentacles of knowledge that reach everywhere,” adding that “you can toss out a question about Japan or whatever and get some different points of view.”

Alterman said it’s important that there are “people with genuine expertise” on the list.

“For me, it’s enormously useful because I don’t like to spend my time reading blogs and reading up-to-the-minute political minutia,” he said. “This list allows me to make sure I’m not missing anything important.”

POLITICO’s Mike Allen, Ben Smith and Lisa Lerer are on the list. “The roster includes some of the savviest authorities on everything from behavioral economics to Ben’s Chili Bowl,” Allen said. “It’s a window into a world of passionate experts — an hourly graduate education.”

Said another JLister: “I don’t know any other place where working journalists, policy wonks and academics who write about current politics and political history routinely communicate with one another.”

But what if all the private exchanges got leaked?

That’s been the subject of some JList conversation, too, as members discuss the Weekly Standard’s publication of a 2006 e-mail posted to the private China Security Listserv by diplomat Charles Freeman, who last week withdrew his name from consideration for a top intelligence job.

Michael Goldfarb, a former McCain staffer and conservative blogger who published the e-mail, was not part of the China list and therefore hadn’t agreed to any off-the-record rules.

Asked about the existence of conservative listservs, Goldfarb said they’re much less prevalent.

“There is nothing comparable on the right. E-mail conversations among bloggers, journalists and experts on our side tend to be ad hoc,” Goldfarb said. “The JournoList thing always struck me as a little creepy.”

Kaus, too, has seemed put off by the whole idea, once talking on BloggingHeads about how the list “seems contrary to the spirit of the Web.”

“You don’t want to create a whole separate, like, private blog that only the elite bloggers can go into, and then what you present to the public is sort of the propaganda you’ve decided to go public with,” Kaus argued.

But Time’s Joe Klein, who acknowledged being on JList and several other listservs, said in an e-mail that “they’re valuable in the way that candid conversations with colleagues and experts always are.” Defending the off-the-record rule, Klein said that “candor is essential and can only be guaranteed by keeping these conversations private.”

And then Klein — speaking like the JLister he is — said there wasn’t “anything more that I can or want to say about the subject.”

Nearly every name in this article is jewish, even the outsiders, Kaus and Goldfarb. A preponderance of the signers of the aforementioned open letter to ABC are jewish as well.

Are the JournoList “liberals” embarassed with the lack of diversity in their cabal? Are they concerned how their ethnic networking appears to “liberal” anti-racists?

Not likely. Diversity is a weapon of ethnic warfare intended for use solely against Whites. Likewise anti-racism. If these jewish journalists were White, “liberals” would viciously attack their cabal as a form of racist “white privilege“. Jews however are treated to a different standard.

Keep in mind now, the existence of this cabal in no way substantiates crazy conspiracy theories and old canards about jewish media influence. It is nothing special. There are dozens, maybe hundreds of cabals just like this one, all full of influential jews who disagree widely about what’s best for jews, how to defend israel, whether Bernie Madoff deserves life in prison or death, who to pin the financial meltdown on, which holocaust movie deserves the Oscar, etc.