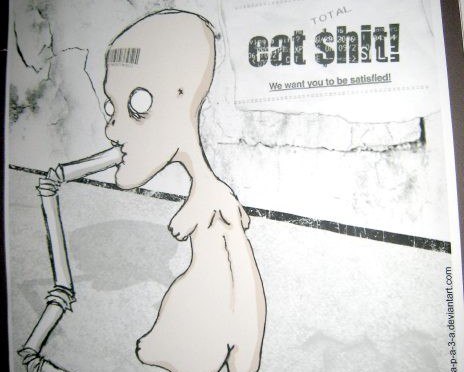 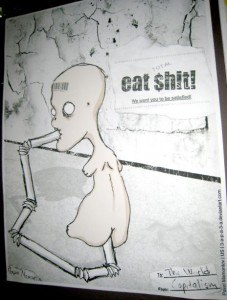 It seems to me the most coherent and viable identity that exists in a real way and is a means of resisting globalization, homogenization, and all the other evils of today is the nation.

I had been thinking likewise, and his statement triggered me to write what follows. None of it is particularly original or insightful, but it represents a synthesis of facts and opinions I’ve absorbed, much of it over the past year, some of which I have not previously expressed.

I paid a visit to Edmond Oklahoma last August, scouting places to resettle outside Aztlan. I remain deeply affected by the experience. In Edmund there are Whites doing all the jobs we’re continually lectured Whites don’t want to do. Edmond is a glimpse back in time to what Escondido California was like 20 years ago. What it could have remained. Clean, peaceful, prosperous, uncrowded. White America.

I knew even before the trip that “diversity” is a lie. California is not heading for “diversity”. It’s heading for pure latino. Oklahoma is not yet nearly as “vibrant”. Which is to say it has less crime, less violence, and less people claiming special priviledges based on their non-whiteness. Alas, even Edmond shows signs of disease. In another decade latino, asian, and black gangs will be running amok and the Whites there will be looking for somewhere else to live.

After that trip a stunningly simple truth dawned on me: There is no racism when everyone is the same race.

It is an inversion of reality now typical of our sick society that this reality, writ large as nationalism, is seen as ignorant or defensive or reactionary and thus negative. The reality is that nations arise spontaneously from clusters of organically homogeneous people, and further, that such homogeneity is required for a nation’s long-term stability and survival. A nation overwhelmed by aliens ceases to be a nation.

This has been known in the civilized world for at least 2700 years, when the Assyrians erased Israel and Babylon absorbed Judea and the jews became a wandering, nationless people. Our mendacious internationalist rulers know this nation-dissolving tactic just as well today. They are the reactionaries struggling desperately against human nature. They are the aggressors hammering uniquely shaped people into their one-size-fits-all worldview. They have corroded White minds with propaganda and miseducation, poking and prodding and delegitimatizing our normal proclivities toward nationalism, to convince us that our borders are mere lines on a map, arbitrary and immoral. They have mesmerized and beguiled us with financial and legal hocus pocus, and this has caused us to lower our defenses.

Brutal gangs wage a constant undeclared war whose intensity grows precisely as our non-white population grows. Open borders are destroying our nation’s cohesion, our sense of common cause, our respect for government and its laws. The crowding is overwhelming our infrastructure, the poverty overwhelming our wealth. We face increasingly unsafe, unhealthy living conditions, with less of our energy going to industry and more focused on security and escapism. We live in a post-civilizational society where distrust, decay, perversion, corruption, crime, and terror are accepted as normal.

“Diversity” and “multiculturalism” are euphemisms, cover for the pseudo-homogenizing forces of a consciously engineered attack on organic White homogeniety. Any natural sense of White common cause is denigrated and supplanted by dictatorial, nonsensical, one-way “tolerance”. In contrast to a healthy and heart-felt fellowship that bubbles from the bottom up, “diversity” and “multiculturalism” are imposed from the top down. It is an attempt to accomplish by trickery and fiat the kind of forced mixing that occurs when a people are invaded, conquered, and colonized. This is decidedly unnatural and wrong.

“Anti-racism” is in reality anti-Whitism. The non-white immigration invasion will ultimately destroy virtually every predominantly White nation. Rather than serving as a beacon to the world, demonstrating how a nation can effectively and responsibly care for its own people, the US has instead become a bloated and putrefying Frankenstein monster, flocked to by scavengers, its wealth and possessions carved up and auctioned off by profiteers who will fly off to another victim when their host finally falls apart.

Nothing lasts forever, but the actual hows and whys of our nation’s demise are no accident of history. It should have been different. There were plenty of people who warned this was coming and stood against it. They were pushed aside, denounced as nativists, xenophobes, bigots, racists, White supremacists, neo-nazis and anti-semites. For the past sixty years the ruling class has distanced themselves from any such taint, ridiculing and ostracizing anyone impertinent enough to freely say what their eyes and ears and brains clearly perceive. Today it is “politically incorrect” not only to speak such thoughts, but to even think them.

The responsibility for our predicament lies entirely with the willfully blind progressives and globalists whose utopian univeralist one-world policies have prevailed. They had control. They deserve all the blame.

Only when enough people reject the lies and see through the utopian one-world promises to the false and cadaverous reality underneath can we begin to build new societies and renew our civilization. This will only happen in places where the people associate as they choose, and where they enforce rules to keep out the shit-stirring ideologues and treacherous profiteers.

Today our one-world politicians promise everyone the moon. They have proven capable only of dispossessing Whites to buy favor with everyone else. In a true nation the politicians represent a cohesive people and can thus speak frankly about their common problems. Only under such circumstances is there a chance that what politicians propose will be honest and fair. If you’re hoping for change it isn’t going to come from either progressivist Obama or globalist McCain. Both roads lead to the same non-nation we’ve been heading toward for sixty years.