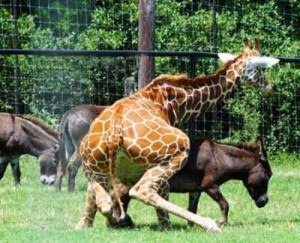 The revulsion at race mixing was transformed into revulsion directed at “nazis”, because jews.

Geneticists and the biology of race crossing.

Geneticists in England and the United States clearly reversed their published remarks on the effects of race crossing between 1930 and 1950. The reversal occurred in two steps. First came the change in the 1930’s from a condemnation of wide race crosses to an agnostic view. The second change, from the agnostic view to the belief that wide race crosses were at worst biologically harmless, took place during and shortly after World War II. The entire reversal occurred in the light of little new compelling data from studies of actual human race crosses. The lack of new data is unsurprising. Few geneticists wished to initiate experiments that took three human generations to complete. And controlled race crosses are hard to arrange, even with government grants. What might be more surprising was the willingness of geneticists to make such positive statements about race crossing when they had so little reliable genetic evidence. I interviewed or wrote to ten prominent geneticists who worked on human genetics between 1930 and 1950. Not one believed that new evidence on race crossing was the primary reason why geneticists changed their minds about the effects of race crossing. One plausible explanation, that the rise of “population thinking” (44) caused geneticists to change their minds, does not fit the evidence. Castle was no more of a “population” thinker than East, yet they differed radically in their conclusions about race crossing. What, then, did cause geneticists to change their minds? Most important was the revulsion of educated people in the United States and England to Nazi race doctrines and their use in justifying extermination of Jews. Few geneticists wanted to argue, as had the Nazis, that biology showed race crossing was harmful. Instead, having witnessed the horrible toll, geneticists naturally wanted to argue that biology showed race crossing was at worst harmless. No racist nation could misuse that conclusion. And geneticists did revise their biology to fit their feelings of revulsion. Geneticists’ ideas about the related question of hereditary mental differences between races is perhaps undergoing a similar development to that seen earlier in their ideas about race crossing. In 1951, judging from the response to the Unesco second statement on race and comments in genetics literature, most geneticists agreed with Muller that races probably differed in significant average mental traits. By 1969, when Arthur Jensen advocated this view in his controversial article (45), most geneticists who spoke publicly on the issue had adopted an agnostic position. Knowledge of hereditary racial differences in IQ had scarcely changed since 1951, but society had changed considerably in racial attitudes. It will be interesting to see if during the next several decades geneticists will argue, on the basis of little additional evidence, that hereditary mental differences between races do not exist. I am not condemning geneticists because social and political factors have influenced their scientific conclusions about race crossing and race differences. It is necessary and natural that changing social attitudes will influence areas of biology where little is known and the conclusions are possibly socially explosive. The real danger is not that biology changes with society, but that the public expects biology to provide the objective truth apart from social influences. Geneticists and the public should realize that the science of genetics is often closely intertwined with social attitudes and political considerations. 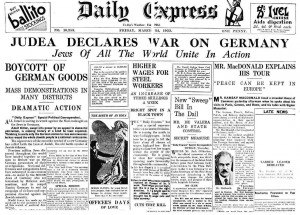 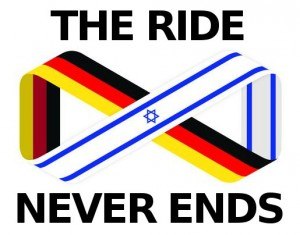 This moral fraud is driven more or less directly by jews for the benefit of jews. It both enables and is enabled by jewish power, flowing from the highest levels of government and mainstream corporate media outward.

The jew-driven anti-White guilt-trip harms Whites, causing confusion and even psychological problems. To the extent White “pathological altruism” (see the two previous podcasts) plays any role it is clear that jews are the racial aliens whom White leader-traitors treat most obsequiously. The most poisonous policies (e.g. welcoming invaders and punishing “holocaust denial”) are enacted to satisfy the jews, in spite of the desires of the majority of Whites.

Germany has a moral obligation to accept more immigrants from the third world than any other country. The reason is the German people’s “barbaric” past, according to the Jewish Central Council President Josef Schuster.

It was during a ceremony commemorating the 70th anniversary of the liberation of the Dachau concentration camp as Schuster declared his harsh judgment upon the German people.

– Germany has spent so much evil to the world. We are deeply indebted to so many countries – we are the last country that can afford to reject refugees and persecuted, he said, according to Junge Freiheit .

Germany is currently the country in the EU, alongside Sweden, currently receives by far the most asylum seekers. The massive inflow has aroused strong protests – which among other things has manifested itself in the Islam-critical demonstrations organized by People’s Movement Pegida.

Josef Schuster took the opportunity during his address to go to the furious attack against Islam critics, which he says makes him “feel bad”.

– When I see that at least 10,000 people in Dresden cheering for an Islam-haters and right populists like Geert Wilders, so I feel bad.

The Jewish leader also emphasized that prisoners who sat in Dachau had to watch how a “supposedly civilized people” as the Germans could turn into a “people of the barbarians”. That “certain citizens” now speak ill of asylum seekers and Jews makes you forced to question how it really stands out with respect for “human dignity” among the German people, he noted. Schuster rounded off by demanding that the government spend more money on fighting right-wing extremism.

Germany is profoundly aware of the special responsibility it bears toward the Jewish community and toward the State of Israel as a result of the crimes of the Nazi regime. This responsibility, a cornerstone of German policy, requires remembrance, reconciliation and ongoing vigilance – now and in the future.

Graffiti was evil and beyond mere mischief, Derby Telegraph, 8 May 2015:

What could be more innocent or warming than that, you might think?

But to one or more people, it seems that it was so incendiary that they slapped on stickers announcing that “multiculturalism is genocide”.

Just to add to the menacing effect, a skull and crossbones was also featured.

Who are these people? There can be no question this was an impromptu act. These stickers had been printed, a calculated act to spread whatever perverted message the offenders want to portray.

And what is the message that they want us to accept? That allowing children of different coloured skins to mix together at nursery is a practice which will lead to death and destruction of our civilisation?

Genocide – the word has such horrors, ironically being brought into play as we mark the 70th anniversary of VE Day and victory over a Nazi regime which practised it.

German Left Haunted by the Holocaust — Split Over Israel, Forward.com, 10 May 2015:

Learning so intensively about the horrors committed by Germans left her feeling shame and guilt, Meyer said. But that same education communicated something else:

“There is Israel, and that’s the solution,” Meyer said, describing the role that was assigned to the Jewish state in her education. “That’s the salvation. It makes you feel better. All the shame and guilt is not that bad, because there is Israel and everything is fine now. And whatever Israel wants — give it to them. And whatever a Jewish person wants — don’t ask, just give it. That’s what I learned about it.”

Even as Germany’s conservative Christian Democratic government reaffirms its historic commitment to a special relationship with Israel, public opinion polls show that 62% of Germans overall view Israel negatively. A 2012 survey by the German magazine Stern found that 59% of Germans described Israel as “aggressive.” Seventy percent agreed that Israel pursues its interests without consideration for other nations.

As we celebrate the rich heritage of the Jewish American community, it is impossible to separate their accomplishments from the struggles of Jewish people around the world. American Jews have worked to strengthen the promise of religious freedom because their ancestors were tested from the moment they came together and professed their faith. Today, they continue to teach us empathy and compassion, inspired by the lessons of their parents and grandparents who knew how it felt to be a stranger, and to stand up for a more perfect Union for all — relentlessly pursuing tikkun olam — because they have always understood that we must recognize ourselves in the struggles of our fellow man.

This year, Jewish American Heritage Month begins as the world commemorates the 70th anniversary of the liberation of Dachau by American soldiers, and we are once again reminded that the vibrant culture of the Jewish people has not always been embraced. As tragic events show us all too often, Jewish communities continue to confront hostility and bigotry, including in America. Our Nation shares an obligation to condemn and combat anti-Semitism and hatred wherever it exists, and we remain committed to standing against the ugly tide of anti-Semitism in all its forms, including in the denial or trivialization of the Holocaust.

Even those Jewish soldiers and sailors who were serving elsewhere in World War II understood that defeating the Axis would be a defeat for blind hatred of any ethnic group or nationality.

Blind hatred better describes the behavior of the White Allies in that war. The jews, in contrast, were far more conscious of exactly who they hated and why. They were enraged that the Germans recognized them as racial aliens and had rebelled against their rule.

Counter-Currents Radio: Greg Johnson interviews Richard Edmonds is well worth a listen. Edmonds describes the hostility of the contemporary (judaized) British establishment and the BBC toward the native Britons. He traces it back before WWII. He describes how they deceived Britons on immigration, how the Tory (torah) party leaders repeatedly “played the race card”, intimating they’d stop immigration only to increase it once in office. He notes the moral tone of the establishment’s post-war narrative being typified by (jew) Studs Terkel’s The Good War.

This is the moral fraud. That war was good for the jews. For Whites it was an unmitigated disaster.