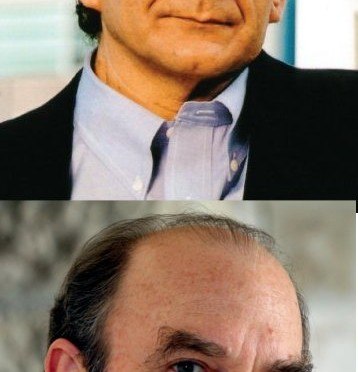 Unless something intervenes,” Krauthammer replied. “I cannot imagine the Israelis are going to allow Iran to go nuclear and to hold the Damocles sword over 6 million Jews all over again. Israel was established to prevent a second Holocaust, not to invite one.

Elliott Abrams in The Weekly Standard, Blaming the Jews—Again:

If you were an anti-Semite dedicated to spreading your hatred of Jews, what charges exactly would you make in 21st century America?

You would avoid the blood libel—too medieval to write of sacrificing Christian children to make Passover matzo. That kind of stuff circulates in Arab lands or Pakistan, but won’t sell in suburban America. And the “Christ-killer” material is also dated, what with Vatican II, Evangelical support for Israel, and the like.

There are two charges you would make. First, the rich Jews control our government. Second, those Jews are trying to push America into war so your sons will have to fight for Israel.

Following a long-established pattern, Krauthammer agitates for “something” to intervene on behalf of “6 million jews” to prevent a “holocaust”, while Abrams aids the effort by projecting his own jew-specific hate onto anyone who objects, blaming them for objecting.

29 thoughts on “Weaponizing the Jewish Narrative”