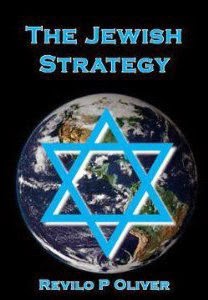 As an addendum to Junk Bonds and Corporate Raiding as Ethnic Warfare I quoted Rob Eshman’s use of the jewish narrative to excuse jewish behavior:

It’s not complicated, really. Poor little Jordan wanted to show those WASPs whose country clubs he couldn’t join that he was smarter, richer, better. What he failed to understand is that just about every Jew, every minority, shares the same impulses. But only a select few decide the only way to help themselves is to hurt others.

Sailer’s response to Eshman was:

I really am going to have to write about the country club thing one of these days. I’ve found an Anti-Defamation League report from a half century ago on country clubs that’s pretty interesting.

I can’t wait. Of course, the country club thing is only one of several common tropes in jewish tales of woe specific to America. Other, similar tropes focus on the relatively brief period during which there were informal limits on the number of jews admitted to some universities (discussed here) and informal restrictions on where they could work or reside (ala Gentleman’s Agreement, discussed here and here). The irony is that the jews are able to tell their one-sided woe-is-me version of this history only because the “WASP” defense of themselves and their institutions was not strong enough.

The explanation for jewish hostility is less complicated than either Eshman or Sailer will admit. It’s racial animus. The jews are parasites, hyper-aware of their otherness, the distinction between themselves and their host, in both body and mind. Conflicts of interest between them and their hosts are unavoidable. Jewish excuse-making and guilt-tripping is one mechanism for managing it. They understand the animus. They wish and indeed need to monopolize the explanation of it, to spin it in their favor.

The jewish narrative, stripped to its essence, is: YOU aren’t US, YOU should feel bad about that and try harder to please US. The double-think takes root in hosts with universalist, or at least pluralist tendencies. It expresses itself as a form of willful confusion about who US is: B-but, WE are all US, let US try harder to please US!

To see through this, you must be willing to think about what US means, and especially in biological terms, as the jews do. At least a few fans of Sailer’s “race realism” and “human biodiversity” are on the cusp of such understanding. As one commenter wonders:

What is this Jewish problem or hangup about country clubs? Freedom of association is a natural and okay thing. If WASPS didn’t want to have them, that’s their right. It is a PRIVATE club, not PUBLIC property like a library. Why couldn’t Jews just have their own clubs? Did it REALLY bug Jews that much that WASPS didn’t prefer them over their own kind? Why would they? Do Jews need validation so badly?

Why indeed. It is only a mystery as long as you pretend that jews are part of your US, or even wish to coexist with your US. They don’t. You are there to be infiltrated, manipulated, exploited. For their own good. This is why the suicide meme is so insidious. It is premised on, relies on, and even adds to the muddled thinking about who US is, abetting the “suicide” it purports to deplore.

While waiting on Sailer to share his little ADL tidbit, I’d like to recommend something Revilo Oliver wrote. It indicates not just how well established, how essential this “country club thing” is in the jewish psyche, but also how fruitless it is to go searching through history for ways to excuse jewish parasitism.

The following text comes from Oliver’s The Jewish Strategy:

In the early years of our era, the Jews were then (as now) busy selling religion and revolution to the natives, and that is undoubtedly what the Emperor Claudius meant in 41 A.D. when, in his letter of warning to the Jews in Egypt (preserved in a papyrus now in the British Museum, R Lond. 1912), he described them as “the fomenters of a universal plague.”

Claudius’ phrase is the best description of the biologically innate nature of Jews that I have seen. I hope this does not startle you; if it does, I recommend a little objective observation of Jews engaged in collective action.

The publication of these papyri in the British Museum stopped with Volume V, just short of the group of papyri, beginning with #1912, that deal with Jews and Christians in Egypt. These, however, were edited in a separate volume by H. Idris Bell, London, 1924, which can be found under his name in any good library. Why the official series stopped where it did (and has never been continued), I do not know. One suspects there was a Jew in the woodpile.

P. Lond. 1912 is a long papyrus fragment excellently preserved. It is a private copy of an edict by Claudius that was posted in public places in Alexandria in 41 A.D. and is complete. It is in Greek, not Latin, because in Egypt every literate person (Greeks, Jews, Egyptians, and the comparatively few Romans who were there as governors and military commanders) knew Greek, whereas only the Roman officials knew Latin at all. Bell believes that our Greek text was translated from Claudius’s Latin, but I am certain that the text is what Claudius himself dictated to a secretary in Greek. Like every educated Roman of his day, Claudius spoke and wrote Greek fluently, and furthermore he was something of a scholar and wrote his two major historical works (now lost) in Greek. This Greek text contains stylistic peculiarities that are characteristic of Claudius’s mentality, but would probably have been smoothed away by a translator.

Claudius, who was born in 10 B.C., was the son of the male child with whom Livia was pregnant at the time that Augustus married her. If that child was legitimate, it was the son of Livia’s first husband and the younger brother of the Emperor Tiberius. If the child was illegitimate, as many suspected, Augustus was probably the father, but never acknowledged the paternity. Claudius’s mother was the daughter of Mark Antony. Claudius in infancy suffered from poliomyelitis or a similar disease that left him with a partly paralysed foot, some impediment in his speech, and muscles of the face and neck subject to spastic contractions. Regarded as unfit for public life, he devoted himself to historical and antiquarian studies, becoming both erudite and pedantic. He was quite intelligent, but timorous, excitable, and gullible, especially toward persons who showed him some attention and professed friendship during the first fifty-one years of his life, when he was regarded as an awkward and ridiculous political nullity, the butt of his nephew Caligula’s wit. Among those who thus acquired his gratitude and confidence were a number of clever Jews of great wealth and influence in Rome. Among these was Marcus Julius Agrippa (note the purely Roman name; a grandson of the Herod who appears in many versions of the Christ story), who, when the barbarian mercenaries rioted after the assassination of Caligula and, while plundering the palace, found old Claudius hiding in a closet and dragged him out to proclaim him emperor, by subtle and crafty machinations and bribery managed to get Claudius installed and recognized as emperor by the Senate. Claudius rewarded him generously, and was always under the influence of the prominent Jews in Rome. That is what makes his pronouncement so significant.

Alexandria was, of course, founded by Alexander the Great as a Greek city in conquered Egypt, and it became under his Greek successors, the Ptolemies, the capital of that country. Its position as the only real harbour in Egypt added to its great prosperity, and naturally Jews came streaming in from their colonies all over the civilized world. Alexandria became the New York of the ancient world, i.e., the largest Jewish city. The Jews took over two of the five quarters of the city for their ghettoes, from which they unofficially but effectively excluded white people, but naturally insisted on pushing their way into all the other quarters of the city and making themselves obnoxious in their normal ways. Jews always betray the countries in which they are feeding on the natives, so naturally, when Augustus attacked Egypt, the Jews naturally betrayed the Greeks, who remained loyal to Cleopatra, the last of the Ptolemies. Augustus punished the Greeks for their loyalty by depriving them of their local self-government, and rewarded the Jews for their treason with many special privileges, including the right to have a kind of Jewish government of their own.

The Jews, now riding high, naturally pushed the Greeks around more than ever, thrusting themselves into the gymnasia and other Greek institutions that were traditionally for Greeks only and inciting riots whenever they were so “persecuted” that the Greeks did not recognize them as a vastly superior race. The result was an endless series of civil disturbances that the Romans were powerless to prevent because no government dared to revoke Augustus’s grant of special privileges to the Jews. In the second year after Claudius became emperor, there was another one of the perennial riots in Alexandria that became virtual civil wars in the city, which was the most populous in the ancient world.

The Greeks of Alexandria despatched an embassy of their leading citizens to Claudius to request restoration of their local government and explain the cause of the riots, and the Jews, of course, sent an embassy of their own to snivel and whine about being “persecuted” by the wicked goyim.

The edict of Claudius of which the papyrus is a copy is addressed to the Greeks of Alexandria and announces his decision concerning the requests made by their envoys.

Omitted here are the contents of the document, both in the original Greek and Oliver’s translation.

The translation could be polished a bit, but it will show the meaning. The sentence in which we are particularly interested, delineated in detail, reads:

But if (they do) not, I shall in every way wreck vengeance upon them inasmuch as (=on the grounds that) they are persons who foment (=incite, propagate) a universal (=ubiquitous, found everywhere) disease (=pestilence, plague) of the oecumene (i.e., the settled and inhabited world, as distinct from jungles, steppes, and deserts).

You will have noticed that Jews were behaving normally in Alexandria, not only whining about being “persecuted” because of their Love of God while pushing their way into every place where the despised goyim hope to have a little privacy from them, but even illegally importing fellow parasites to prey on the white cattle, just as the Jews are constantly importing thousands of their congeners into the United States, not only across the border from Canada, but by ships that land thousands of the dear creatures at Red Hook on Long Island, whence they are carried by limousine to the New Jerusalem commonly called New York City, in open defiance of the immigration officers, who know about it but dare not intervene.

The country club thing is a parasitic thing. It is a pattern of behavior in jews which can be traced back as far back into recorded history as you care to go.

3 thoughts on “The Country Club Thing”