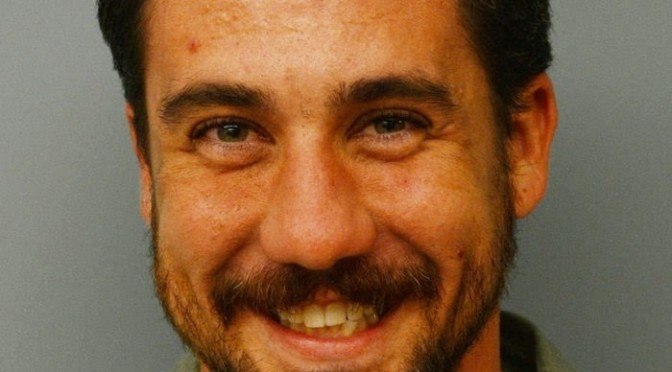 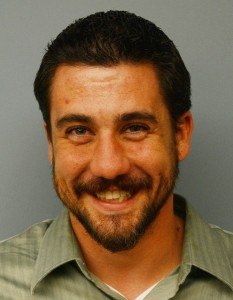 Whatever else was accomplished, the White Man March succeeded in flushing out some hostile anti-White reactions, helping put the lie to the “White privilege” meme. The same media and academia which demonstrates a practically infinite capacity to somberly and soberly indulge the slightest, most deluded concerns expressed by jews and other “people of color” have a completely different attitude about concerns expressed by Whites.

For years this media and academia have pathologized and demonized the deracinated supporters of the Republican party and Tea party for their Whiteness. Naturally, a handful of Whites speaking more directly in favor of our race can only be regarded as all the more insufferable.

One of the longer and more clearly articulated anti-White reactions has come from SUNY-Oneonta professor Mike King, in The White Victim Charade on Parade, published at CounterPunch on 17 March 2014:

The use of racialized scapegoats to explain American decline, and its effects on white Americans, has clearly been successful. Reading reports and studies of white public opinion, alongside the White Man March’s call to unity – a clear and thick overlap is present. It is a story of white victimhood, a baseless but widespread belief that there is systematic societal and governmental discrimination against whites – a growing belief steeped in anger, fear and ignorance.

The Postmodern White Man Wants “His Colonialism (um, I mean) Country Back”

In the existing ahistorical, astructural political culture, white people, especially white men, have increasingly claimed “reverse racism” – a concept that is only intelligible when we have erased history, social structure and power. In an imagined nation that has no history, and a postmodern society that has no structural forces, everyone has “identity politics” and everyone can position themselves as a victim. In this milieu, claims of “reverse racism” in relation to affirmative action have been somewhat successful because the cultural and political terrain is now defined by a total absence of an analysis that looks at the legacies of white supremacy and their contemporary structures. It is on this ahistorical and astructural landscape that declining white wages and a cornucopia of scapegoats have produced this emerging racial formation of aggrieved whiteness – a politicized white identity politics. This stretches beyond pronouncements of a “post-racial” society, to one where the language of discrimination, racism, and oppression is not erased, but politically inverted. What has been produced is a policial subject that is materially and historically absurd in-itself, yet nonethless a current historical agent-for-itself – the “racialized white victim.” This current political manifestion of white supremacy does not deviate from previous incarnations – lacking a legitimate grounding in reason and fact, while still producing very real social consequences.

The Tea Party, Glenn Beck (who has repeatdly called for a “White Civil Rights Movement”) and the White Man March all articulate their politics in the language, imagery and myth of the founding fathers. The articulation of reclaiming “my” country in a racially coded discourse, and appeals to the founding fathers and original Constitution, are instructive. The origins of the nation, the country they want to return to, was one dominated by landholding, adult, white men (who were not keen on paying taxes). Women were not allowed to vote or hold property and people of color were either annihilated, robbed or enslaved.

Eric Foner argues that the course of American history has largely been a conflict over who “We the People” refers to. Suffragettes, Civil Rights marchers, and myriad others have steadily broadened the exclusionary vision of the founders, while hitting barriers when trying to expand beyond formal and partial equality under the law. The White Man March, the Tea Party, and the aggrieved whiteness project more broadly, are clearly pushing for a narrower definition and a reclamation of ground they feel they have lost over prior decades and generations of struggles for social justice. The fact that discussion as to whether we want to go back to this past is not only on the table, but now on the top of many agendas, should be more than cause for concern. We need to begin to more forcefully highlight historical injustices that manifest in contemporary inequalities, in a way that avoids simple, liberal victimhood, and invokes history and social facts in order to challenge the “good old days” trope of the Right, while also grounding a structural analysis of today’s white supremacy, why it is emerging as it is, and what needs to be done about it.

“Today there is still the white problem – its expectations, its power, its solidarity, its imagination. Even after the civil rights movement, whiteness stands at the path to a more democratic society like a troll at the bridge. The political task, I have argued, is to chase the troll away, not ignore it or invite it to the multicultural table.”

“The fascists are the vanguard of the white race; however, the big problem right now is not the white vanguard but the white mainstream.”

It is clear that the White Man March politics are not fringe at all. Racist, anti-democratic, backwards, intellectually baseless…? Surely. But, fringe? Unfortunately not. What does this mean? Should we be content that the skinheads can’t turn out as many New Yorkers as Occupy? Should we conclude that the white working class are just modern Archie Bunkers and hopeless simps? I don’t see how any person who believes in creating a just society can say “yes.” How to fix this is a lot more complicated, and needs to be a strategy pulled together by the variety of people and groups challenging white supremacy on a daily basis. Instead of being outraged about the expression of such anti-democratic and hateful extremist politics in public, we should take a closer look at how these politics have already been mainstreamed, and figure out a way to effectively counter this situation.

It is clear that if the social order were to somehow be destabilized today, the fascists are not only better prepared militarily, but have been steadily winning hearts and minds for some time. If we are clear about what needs to be done and vigilant about tendencies that would hold us back, we can start to build a different world up out of this mess. Barbarism is a lot closer than we think.

King’s anti-White narrative is an extension and variation of the jewish narrative – the hallmark being the inversion of reality, most tellingly by describing Whites (rather than jews) as having power and solidarity and a self-image based on victimhood.

In the jewish narrative Whites serve as the “racialized scapegoat”, the people who present a “big problem” and need to be “abolished” to create a “just society”. King is aware that Whites have grievances – he simply dismisses them as imaginary. King does not deny the significance of race or racial conflict – he sympathizes with non-Whites in direct opposition to Whites.

There are hundreds of professors like King, paid by universities and corporations to literally profess the same sort of anti-White narrative he does. However much this narrative already predominates, in King’s mind it isn’t enough. His proposed solution to the “White problem” is ever more anti-White propaganda and indoctrination.

In this respect, I agree. I think the more loudly and openly anti-Whites profess their beliefs, the more plain they make their racial animus and power. The more plain their charade, the closer its end.

5 thoughts on “Anti-White Animus on Parade”