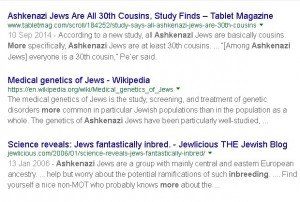 Professional anti-“racist” Gavin Evans hates that science keeps bumping into the reality of race. Is Evans a jew? He certainly quacks like one. His latest article, The unwelcome revival of ‘race science’, begins with a recitation of the same old tired anti-“racist” shibboleths:

One of the strangest ironies of our time is that a body of thoroughly debunked “science” is being revived by people who claim to be defending truth against a rising tide of ignorance. The idea that certain races are inherently more intelligent than others is being trumpeted by a small group of anthropologists, IQ researchers, psychologists and pundits who portray themselves as noble dissidents, standing up for inconvenient facts. Through a surprising mix of fringe and mainstream media sources, these ideas are reaching a new audience, which regards them as proof of the superiority of certain races.

The claim that there is a link between race and intelligence is the main tenet of what is known as “race science” or, in many cases, “scientific racism”. Race scientists claim there are evolutionary bases for disparities in social outcomes – such as life expectancy, educational attainment, wealth, and incarceration rates – between racial groups. In particular, many of them argue that black people fare worse than white people because they tend to be less naturally intelligent.

Although race science has been repeatedly debunked by scholarly research, in recent years it has made a comeback. Many of the keenest promoters of race science today are stars of the “alt-right”, who like to use pseudoscience to lend intellectual justification to ethno-nationalist politics.

On its surface, the anti-“racist” argument is circular. Race is a mere label, manufactured by “racists”. Race science is a fraud, perpetrated by “racists”. “Racists” imagine they are superior, therefore they suck. Where does “racism” come from? From “racists”! Round and round it goes.

Beneath this dishonest veneer the argument has always and only ever been this: Whites can’t be White, because that’s bad for non-Whites, first and foremost the jews. Here’s Evans’ version: 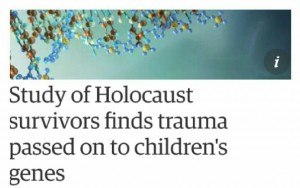 The supposed science of race is at least as old as slavery and colonialism, and it was considered conventional wisdom in many western countries until 1945. Though it was rejected by a new generation of scholars and humanists after the Holocaust, it began to bubble up again in the 1970s, and has returned to mainstream discourse every so often since then.

The jews invented anti-“racism”, and for that cause jews invented prodigious amounts of fake science – Freudian psychoanalysis, Boasian anthropology, Frankfurt school cultural marxism, critical theory. The most recent catch-all is called Whiteness studies. They invented “hate speech” and “hate crimes”. They invented holidays to celebrate outwitting and outlasting other races. They invented the blame-shifting reality-inverting narrative pinning everything on Whites, but most emphatically the gassing of six million jews six million times over.

If you’re looking for a better example of one race using state-supported pseudoscience and propaganda to express their hostility toward another, there isn’t any. The jew war on Whites started long before 1933, and only grew more intense after 1945. That’s not Evans’ concern. He worries that the use of science to justify jewing poses an insidious threat…to the jews.

The recent revival of ideas about race and IQ began with a seemingly benign scientific observation. In 2005, Steven Pinker, one of the world’s most prominent evolutionary psychologists, began promoting the view that Ashkenazi Jews are innately particularly intelligent – first in a lecture to a Jewish studies institute, then in a lengthy article in the liberal American magazine The New Republic the following year. This claim has long been the smiling face of race science; if it is true that Jews are naturally more intelligent, then it’s only logical to say that others are naturally less so.

The background to Pinker’s essay was a 2005 paper entitled “Natural history of Ashkenazi intelligence”, written by a trio of anthropologists at the University of Utah. In their 2005 paper, the anthropologists argued that high IQ scores among Ashkenazi Jews indicated that they evolved to be smarter than anyone else (including other groups of Jews).

Evans is describing the latest intersectional jewing around race. By his own account the challenge to the anti-“racism” agenda is led by jews like Pinker, promoted by crypto-jewy institutions like The Jew Republic, to advance a biological theory justifying jewing. The point on which they all agree is that somebody else is to blame.

This evolutionary development supposedly took root between 800 and 1650 AD, when Ashkenazis, who primarily lived in Europe, were pushed by antisemitism into money-lending, which was stigmatised among Christians. This rapid evolution was possible, the paper argued, in part because the practice of not marrying outside the Jewish community meant a “very low inward gene flow”. This was also a factor behind the disproportionate prevalence in Ashkenazi Jews of genetic diseases such as Tay-Sachs and Gaucher’s, which the researchers claimed were a byproduct of natural selection for higher intelligence; those carrying the gene variants, or alleles, for these diseases were said to be smarter than the rest.

Pinker followed this logic in his New Republic article, and elsewhere described the Ashkenazi paper as “thorough and well-argued”. He went on to castigate those who doubted the scientific value of talking about genetic differences between races, and claimed that “personality traits are measurable, heritable within a group and slightly different, on average, between groups”.

In subsequent years, Nicholas Wade, Charles Murray, Richard Lynn, the increasingly popular Canadian psychologist Jordan Peterson and others have all piled in on the Jewish intelligence thesis, using it as ballast for their views that different population groups inherit different mental capacities.

This is the usual jew-excusing narrative. The jews have no real agency, bear no responsibility for their actions. Racially predisposed to paranoia and neurosis, if not outright psychosis and sociopathy. Best known for their collective influence over politics, finance, media. For reading minds and policing thoughts. For monitoring or moderating all forms of discussion and information distribution. For giving each other awards. For demonizing and psychopathologizing racial enemies. Sometimes all at once. The problem, according to jews, is “racism”. Specifically opposition to jewing. Even mild criticism of jewing. The problem is not jewing. Cannot be jewing. Never jewing.

Population group is a clunky semitically correct replacement for race. Much like African-American is the new negro.

Racial traits are distinctive and heritable. This includes personality traits.

Evans implies there is something wrong with science or the theory of evolution, not the games with words and logic he and the Pinkers are playing. As if the indictment of Whites as a group, in distinction and deference to jews as a group, originates or even serves some purpose apart from jews jewing.

The jews know very well that “jew” is a hertiable genetic trait. They know jews are afflicted with specific DNA-rooted mental diseases. Though a limited amount of interbreeding with their host is essential to group survival, transracial fraud is much more common, and the core of jewry is remarkably insular and inbred. The genes most certainly flow outward rather than in. The more down-low and race-mixy jews direct resources in the opposite direction. You could call jewing predation. It is their stereotypical combination of furtiveness and screeching, like the cuckoo bird, which makes parasitism the more descriptive, more precise, more scientific term.

As the Boases and Fishbergs did a century ago, the Pinkers today promote a sciency view of race. Back then the goal was to deny jew racial distinctiveness. Now it is to assert racial distinctiveness as justification for special treatment which has grown too obvious to deny. This shift complicates the anti-“racist” surface game, but is perfectly in line with the anti-White jewing beneath. Indeed, Evans’ concern is not the jewing, but that non-jews have “piled in”, once again trying to exploit the eternal victims.

Evans concludes by reiterating to the most common anti-“racist” claims – that Whites being White is bad for blacks and jews, that race “has no grounding in scientific fact”.

The race “science” that has re-emerged into public discourse today – whether in the form of outright racism against black people, or supposedly friendlier claims of Ashkenazis’ superior intelligence – usually involves at least one of three claims, each of which has no grounding in scientific fact.

Evolution is the grounding for race in scientific fact. Evolution requires only two ingredients: heritable differences and selection among those differences. Speciation is one consequence, parasitism is another.

Jewing pursues the same ends by different means. Some jews attack “racism”. Others defend jewing. Most can effortlessly do both at the same time. The jews rightly view science as a tool, and more to the point, as a potential weapon. They disagree how to use the weapon while at the same time restricting such use by “racists”.

25 thoughts on “Jewing and Science”