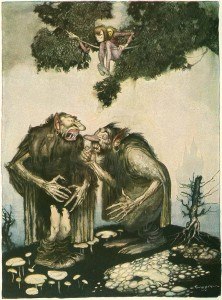 Some big academic jew got weinsteined last week. Setting aside the melodrama, articles in the jewsmedia aimed at keeping jews well informed provide some indication of the elaborate degree to which they obsess over their collective interests, in this case fretting about “jewish continuity” and “jewish survival” in the face of some blowback from the toxic feminist and race-mixing agendas they have long and shamelessly promoted amongst Whites.

How Jewish Academia Created A #MeToo Disaster, The Forward:

It is no accident that by the early 1970s, a so-called marriage crisis emerged as a core priority of Jewish communal institutions, fueled by population surveys and anecdotal evidence. The achievements of second-wave feminism seemed stacked against the blunt tools that Jewish social scientists used to measure what communal leaders increasingly termed “Jewish survival.”

Marriage, inmarriage, and fertility rates among American Jews all were declining, while women’s aspirations for careers, for public power, and for control over their bodies and sexuality all seemed to be on the rise.

Starting in the 1980s and growing in the 1990s and beyond, a Jewish communal infrastructure empowered a class of social researchers to generate the data from which policy decisions would be made.

The fall of a top sociologist could change the field of counting Jews, Jewish Telegraph Agency:

Over and over, across decades and cities throughout the United States, sociologist Steven M. Cohen painted a picture of American Jews using a consistent set of questions.

How much do Jews love Israel? How many Jewish friends do they have? Do they attend a synagogue? Do they belong to one? Perhaps above all, are they married to Jews and raising Jewish children?

The titles of articles that Cohen has written over the years reflect the demographic concerns — and anxieties — of a generation of Jewish planners: “Lessons Learned From Orthodoxy’s Dramatic Growth.” “Can Intermarriage Lead to an Increase in the Number of Jews in America?” “Conservative Jewry’s Numbers Plummeting, but Core Engagement Steady.”

“We would argue that numerical strength is inherently valuable and essential to the meaningful Jewish life of American Jewry,” he wrote with a colleague, Mijal Bitton, in a 2015 article titled “More Is Better When It Comes to Jewish Numbers.”.” “More engaged Jews mean stronger communities able to mobilize more people and more resources, critical to achieving political influence, social diversity, cultural creativity and religious vitality.

“Not just researchers, but the American Jewish community has been concerned with the size of the population and changes in the population of different communities,” Leonard Saxe, director of the Cohen Center for Modern Jewish Studies at Brandeis University, wrote in an email to JTA.

Some take issue in particular with Cohen’s focus on Jewish continuity — the question of how many Jews will exist, identify as Jews and affiliate with Jewish institutions in future generations. Cohen has long cited statistics to conclude that the ever rising numbers of Jews marrying people of other faiths is “the greatest single threat to Jewish continuity today.”

“What I would love to see change are some of the questions that get asked, and specifically the questions that shape the debates over continuity and the birth rates of Jews,” said Deborah Dash Moore, a professor of American Jewish history at the University of Michigan. “Stop assuming that there are gradations of being Jewish that make one better than the other, that intermarriage is a bad thing or that intermarriage is a good thing.”

As usual, the conflict is fictitious, just jews arguing with jews about what’s best for jews.