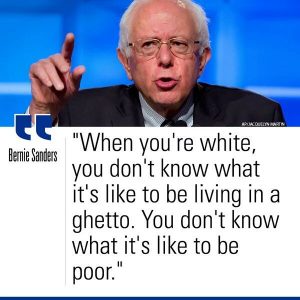 Presidential candidate Bernie Sanders wrote an op-ed for Jewish Currents on what jewing means to him.

Speaking for jews, to jews, Sanders jewsplains why jews are anti-White, how unlike Whites jews have a “right of self-determination”, how they serve their own interests by preaching “solidarity” and “equality” while demonizing and attacking Whites, and how this is all also a “conspiracy theory”. He then points out how jews have been doing this for centuries, screeching about “oppression” and “persecution” long before any other non-White/anti-White parasites showed up.

104 thoughts on “Bernie Sanders on Jewing”