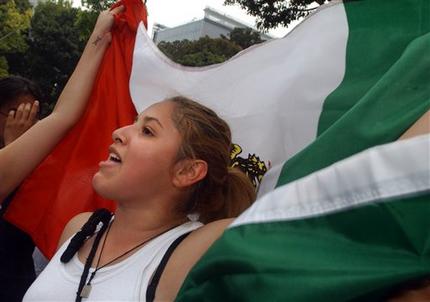 Size of L.A. March Surprises AuthoritiesBy PETER PRENGAMANMar 26, 12:25 PM EST LOS ANGELES (AP) — Thousands of immigration advocates marched through downtown Los Angeles in one of the largest demonstrations for any cause in recent U.S. history. More than 500,000 protesters – demanding that Congress abandon attempts to make illegal immigration a felony and […]

Ohio Residents Clash With Neo-Nazi GroupNews and Wire ReportsOct. 16, 2005 They got "exactly what they wanted," said Ford, who had urged the community to ignore the Nazis. He said the group goes from community to community spreading hatred and sparking fights. "Based on the intelligence we received, that’s exactly what they do – they […]